Stosur out of Wimbledon 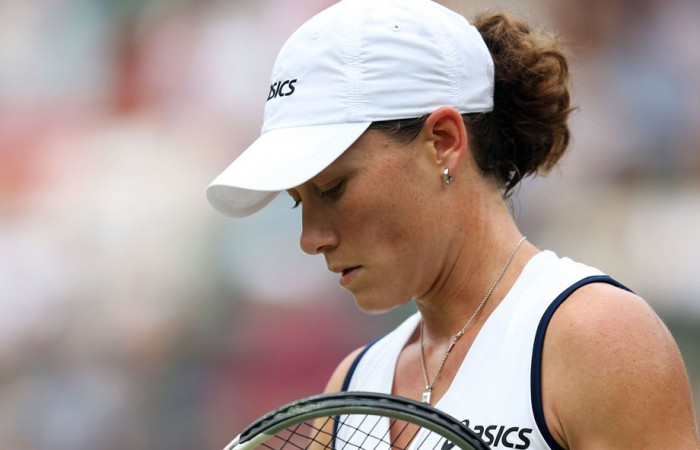 In Paris, when Stosur was also a hot favourite, the Australian surrendered the opening set, charged back to win the second 6-1 but fell behind 3-0 in the third – as she did on Wednesday.

The world No.5 also fought back to have games on serve at 3-2 to Rus in the decider on Wednesday, only to again stumble at the death.

Despite her underdog status, Rus didn’t arrive at London’s SW19 without credentials.

But early on against Stosur, Rus looked out of her depth.

The last Aussie standing seemed on a mission on showcourt one, winning 10 of the first 11 points to quickly gain the first break of the match in the second game.

But she suddenly lost her way, committing a run of unforced errors to allow Rus to reel off six straight games from 2-0 down to take the opening set in 38 minutes.

Stosur landed only nine of 22 first serves in the set, hit three double-faults and looked headed for the exit gates.

The fifth seed conceded only seven points in the entire set to be back on level terms.

But unforced errors began to flow off Stosur’s racquet once more in the third set, enabling Rus to profit on her third match point after one hour and 49 minutes.