World No.5 Sam Stosur will be looking to build on her strong start at Wimbledon when she takes on Arantxa Rus of the Netherlands tonight. 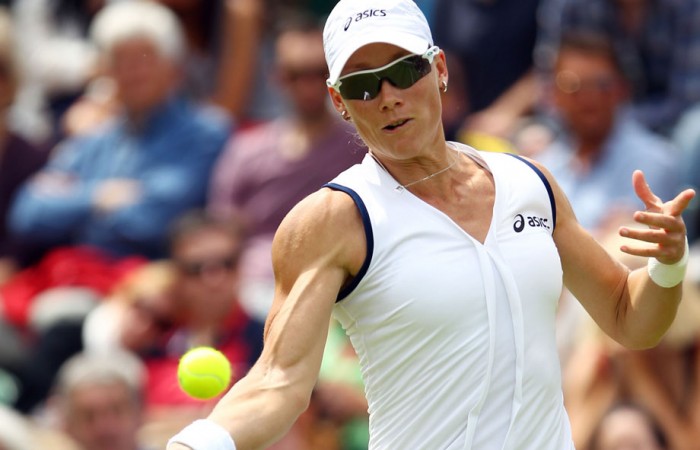 World No.5 Sam Stosur will be looking to build on her strong start at Wimbledon when she takes on Arantxa Rus of the Netherlands tonight.

Stosur considers her 6-1 6-3 dispatch of Carla Suarez Navarro among her best grasscourt performances in years, but is refusing to rest on her laurels ahead of a testing second-round clash with the exciting Dutch youngster.

The 21-year-old former Australian Open junior champion is at last starting to live up to expectations in the senior ranks, climbing to a career-high No.71 in the world after reaching the last 16 of the French Open this month.

The left-hander’s wide-angled slice serve away from Stosur’s backhand is sure to trouble Australia’s fifth seed.

“The grass obviously makes it maybe a little more difficult on that return,” Stosur said.

“You’ve just got to be aware that the ball is going to slide the other way and maybe almost cover that a little bit more until you see which way they like to go.

Victory over Rus would equal Stosur’s best result at Wimbledon in 10 campaigns and have the US Open champion on course for a last-16 showdown with 2011 French Open winner Li Na, the 11th seed.

Day three sees the doubles event kick off with a handful of Australians featuring.

Lleyton Hewitt and Chris Guccione will take on sixth seeds Alexander Peya and Nenad Zimonjic, while Australia’s Paul Hanley and Mark Knowles of the Bahamas will face Americans Scott Lipsky and Rajeev Ram.