She's Australia's only reigning Grand Slam champion, but Samantha Stosur candidly admits only a fool would tip her to win Wimbledon. 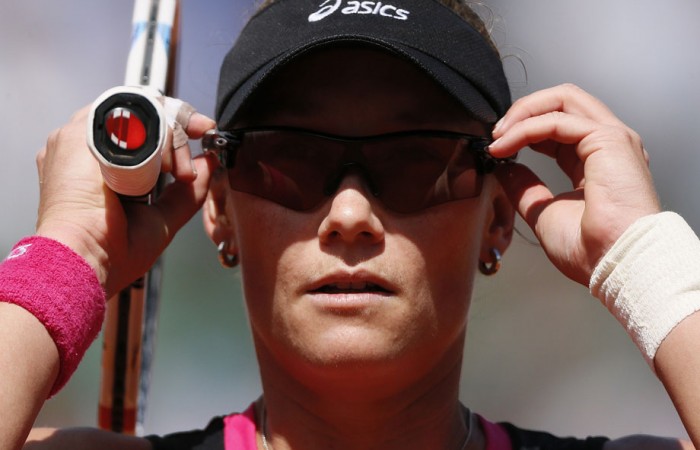 She’s Australia’s only reigning Grand Slam champion, but Samantha Stosur candidly admits only a fool would tip her to win Wimbledon.

Stosur opens her 10th campaign on Monday against Spaniard Carla Suarez Navarro and has modest hopes after only once making it to the third round and going out in first-up straight-set shockers for the past two years.

“Given the way I’ve done throughout my career here, if someone said I was going to go out and win the tournament this year, I’d think they’re a bit silly,” the US Open champion said.

“At this tournament, probably more than ever, I’ve got to take it one match at a time and focus on my game and really probably just enjoy it.

“There is not that level of expectation here for that kind of result like a French Open, say.

“But I think I can do well here, but it’s probably that tournament where I can be that little bit more relaxed about it and see what happens.”

Understandably, the world No.5 isn’t making any grand predictions of a deep title run, if even she does believe it’s possible.

“To be honest, I just want to put in a good match,” Stosur said.

“In previous years, I think I’ve gone out there and you panic a little bit. You get down and things seem to go by very quickly.

“So tennis-wise I’d like to rectify that and really feel like you’re in control of what’s going on out there and I’d love to make it to the middle weekend, have a Sunday off while you’re still in the tournament.

“So if I could make third or fourth round here, that’d be great. And from there, you never know.”

After being unable to transfer three semi-final appearances at Eastbourne into any remotely decent Wimbledon assault in recent years, Stosur warmed up in s-Hertogenbosch this time around.

The change of scenery resulted in a straight-sets first-round loss to world No.251 Kirsten Flipkens.

Stosur, though, actually felt like she played okay, is unconcerned and, to be fair, she’s not the first person to come unstuck on the grass in the Netherlands.

“I have no doubt I can play on this surface. You make semi-finals of Eastbourne a few times, obviously you can play on grass,” she said.

“I know it’s there. You’ve just got to make it happen. Obviously here (at Wimbledon) it counts the most and this is where everybody wants to do their best.