Tiley: no pressure for Stosur at Wimbledon 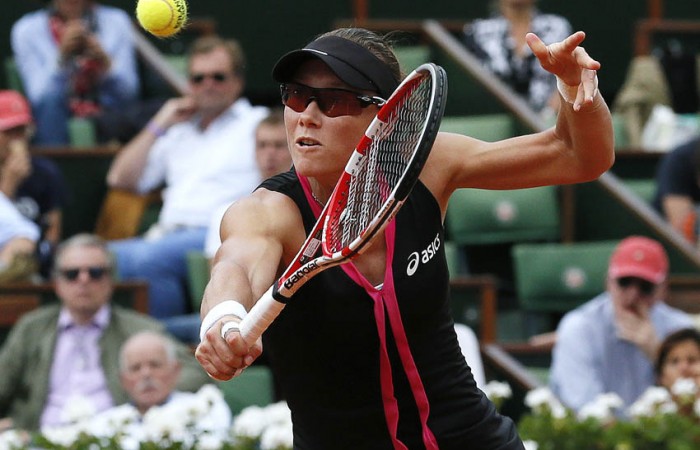 Wimbledon has never been the happiest hunting ground for Sam Stosur.

In the past few years, having steadily gained in confidence and credibility on European clay, the Aussie has hopped across the English channel only to fall early at one of the sport’s most hallowed events. Stosur’s past two trips to Wimbledon have ended in first-round defeats, and she owns a mediocre career win-loss record of 5-9 at the All England Club, less impressive than her tally at other major events.

Yet Australian Open tournament director Craig Tiley, who has seen his fair share of Stosur in action over the years, believes that 2012 might be the year in which Stosur’s fortunes take a positive turn at SW19.

Those lessons Tiley refers to stem from her disappointing defeat in the French Open semifinals, a player Stosur had never before lost to and who was ranked almost 20 places lower. The Australian went down in three sets in a streaky performance, where her devastating shot-making was too often interspersed with rash errors.

“There were [once] days when an Australian got to the semifinals of a Grand Slam, we’d think how fantastic it was,” Tiley commented.

“I read with interest everyone’s comments about Sam [following that loss] – clearly people don’t know her that well that make those comments. She’s a great champion and she represents Australia with great pride.”

Despite that performance, Stosur has never struggled on the red dirt as much as she has on the lawns of Wimbledon.

It’s a surprise, because the world No.5’s game seems rather well-suited to grass. She owns a big serve, an aggressive mindset, polished net skills and an effective slice backhand, while her previous results at Wimbledon tune-up events have also been impressive, with semifinal finishes in Eastbourne in 2008, 2010 and 2011.

Perhaps Stosur is affected by the increased pressure that comes with playing at a Grand Slam tournament. But the more likely explanation is that despite her weapons, grass nullifies her two most potent assets – her kick serve and forehand.

The Aussie struggles to kick the ball high above her opponents’ hitting zone when serving on grass, a tactic that has proved so valuable on clay. She also can’t seem to get the penetration through the court on her normally-dominant forehand that flatter hitters – and former Wimbledon champions – Venus and Serena Williams, Maria Sharapova and Petra Kvitova all manage so well.

But for all the technical talk, Tiley believes that the recent success Stosur has enjoyed at Roland Garros – highlighted by three trips to the semifinals in the past four years – can only benefit the Aussie when she arrives in London.

“She’s still got to feel good about reaching the semifinal of the French,” he said.

“Hopefully the match confidence she gets can hold her in good stead for Wimbledon.”