UPDATE: Ashleigh Barty's performance in winning the ITF $50,000 event in Nottingham has seen her rewarded with a wildcard into the main draw at Wimbledon. 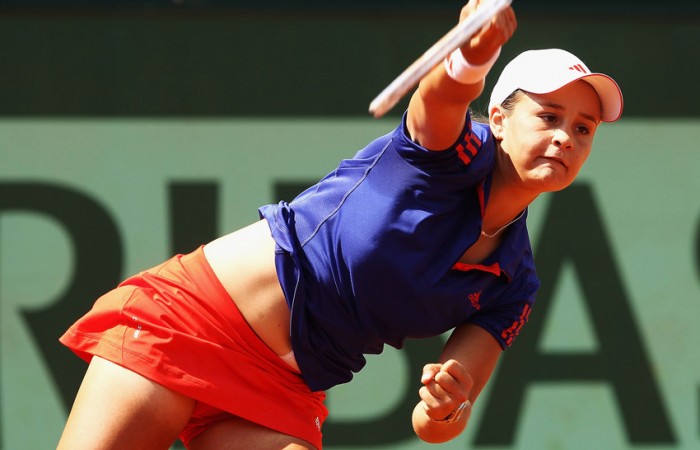 Ashleigh Barty has capped her Wimbledon preparation in the best possible style with a win at the ITF 50,000 grasscourt tournament in Nottingham.

The victory came on the same day it was announced the 16-year-old had been awarded a prized wildcard into the main draw of Wimbledon, a year after winning the junior girls’ event at the All England Club.

Barty posted a convincing 6-1 6-1 win over Germany’s Tatjana Malek in the final, her third ITF tournament victory this season and the biggest title of her career to date. Her previous wins came at ITF $25,000 events in Mildura and Sydney in February.

The win is expected to elevate Barty inside the world’s top 300 for the first time.

The Australian no doubt benefitted from the fact Malek was forced to play two matches in the one day – raining conditions in England saw the German’s semifinal match postponed until Sunday.

Malek won through to the final following a three-set battle with top seed Anastasia Yakimova, before folding in the final later in the day against Barty.

Interestingly, it was the easiest victory of the week for Barty despite it being the biggest match, with the young Queenslander coming through several tough battles to take her place in the final.

She defeated third seed Valeria Savinykh, Madison Brengle of the United States and No.2 seed Karolina Pliskova – all higher ranked opponents and all in three sets – before facing Malek in the decider.