Sixteen-year-old Ashleigh Barty has been awarded a wildcard into the main draw of Wimbledon. 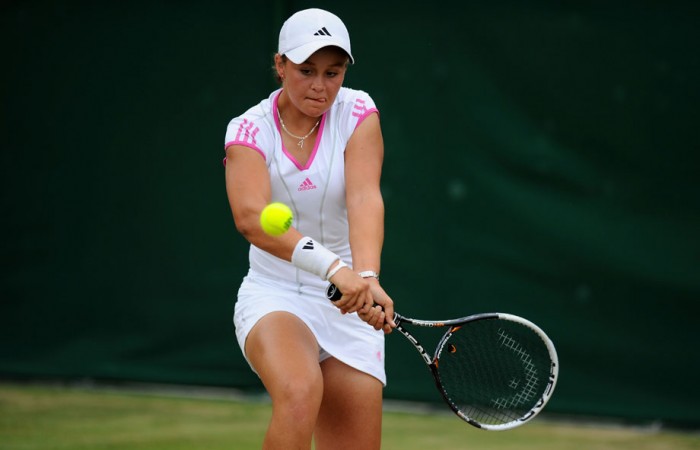 Sixteen-year-old Ashleigh Barty has been awarded a wildcard into the main draw of Wimbledon.

The announcement comes after the Queenslander won the ITF $50,000 grasscourt tournament in Nottingham, Great Britain overnight.

The world No.317 posted a 6-1 6-1 victory over Germany’s Tatjana Malek to claim her biggest career win to date and her third ITF title this year, after she won in Mildura and Sydney in February.

Barty defeated a number of higher ranked opponents on her way to the final including Chanel Simmonds (RSA) and No.3 seed Valeria Savinykh (RUS) before overcoming Madison Brengle (USA) and later the No.2 seed Karolina Pliskova (CZE) in the semis.

Malek was forced to play two matches in one day when rainy conditions postponed her semifinal match on Saturday. Although she toppled the top seed Anastasia Yakimova (BLR) in three sets on Sunday, Barty was too strong for the world No.149.

Barty made it two from two in Nottingham when she teamed up with Victoria’s Sally Peers to take the doubles title over Reka-Luka Jani (HUN) and Maria Joao Koehler (POR) 7-6(2) 3-6 [10-5].

The Nottingham win is expected to propel Barty into the top 300 for the first time.

The 2011 Junior Wimbledon champion will now head to SW19 to prepare for her main draw appearance. Wimbledon starts on Monday 25 June.