Stosur among most popular athletes

Australian No.1 Sam Stosur has placed fifth in a survey of the most popular Australian and international sporting icons. 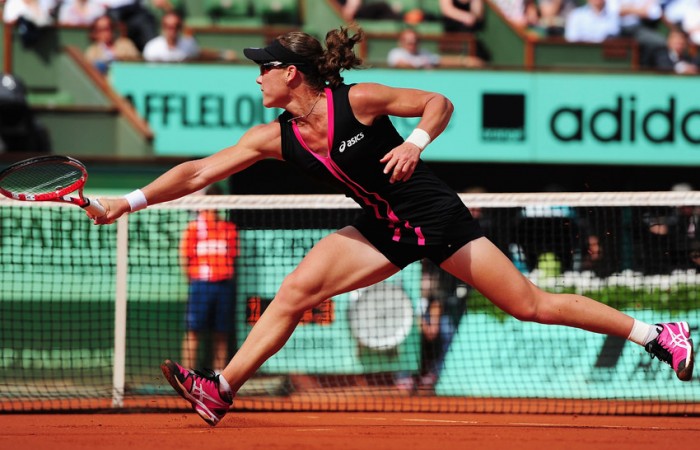 Having long enjoyed the benefits of their star power, tennis players have now been officially recognised as some of the most popular athletes among Australians.

Australian No.1 Sam Stosur has placed fifth in a survey of the most popular Australian and international sporting icons, behind fellow tennis players Roger Federer (No.1) and Rafael Nadal (No.4) and retired cricketers Glenn McGrath and Adam Gilchrist (ranked second and third respectively).

The survey was conducted by the Gemba Group and assessed responses from 1,500 Australians aged between 16 and 64.

The accolades just keep coming for Federer, who this week had a street named after him – Roger Federer Allee – at the Gerry Weber Open in Halle, Germany.

Stosur was the “favourite athlete” or “really liked” among 30 per cent of those surveyed. Her popularity stemmed from her competitive spirit, the fact she comes across as fair, humble and trustworthy, and because she acts as a good role model.

The survey marked an increase in popularity for the Queenslander in the past 12 months, after being ranked eighth in the same survey in 2011.

Her 2011 US Open victory was the catalyst for her rise.

Stosur, who was presented with the keys to the Gold Coast in recognition of her stellar performance in New York, has also had a court named after her at the tennis club where she first learned to play the game.

Stosur’s compatriot Bernard Tomic enjoyed a boom in popularity during the same period, with the 19-year-old rising 62 places to finish the 2012 survey in 44th place.

Tennis players, along with cricketers and swimmers, made up the majority of the top 20-ranked athletes.

Female athletes were rated highly. Stosur, the most popular female athlete in the survey, was joined in the top 10 by four-time major winner Kim Clijsters and swimmers Libby Trickett and Leisel Jones.

Gemba director Rob Mills said that analysis of Australian attitudes and opinions towards more than 200 athletes helped to determine an athlete’s “asset power”.

“The measure of the awareness and likeability of that athlete within the community, along with the image profile of the individual, provides an understanding as to why an athlete is either adored or vehemently disliked,” he said.