US Open champion Samantha Stosur moved up to No.5 in the women's tennis rankings in the latest WTA list released on Monday. 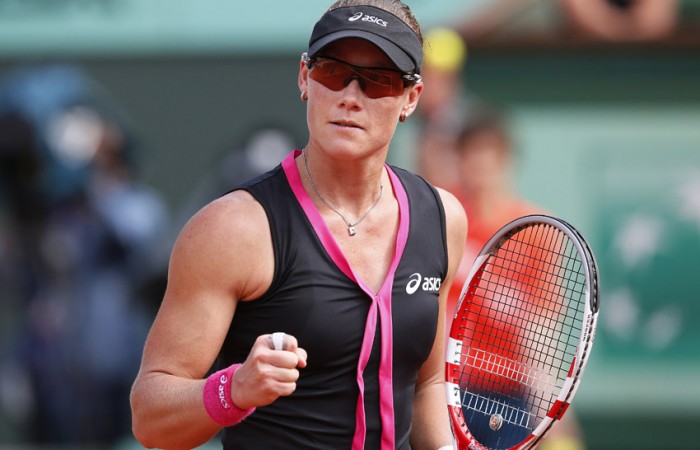 US Open champion Samantha Stosur moved up to No.5 in the women’s tennis rankings in the latest WTA list released on Monday.

Despite the disappointment of her French Open semifinal exit to Italy’s Sara Errani, the Australian climbed one spot to leapfrog Serena Williams, who fell to No.6.

Sitting above Stosur is freshly-crowned French champion Maria Sharapova, who returned to the top of the women’s rankings for the first time in four years. Victoria Azarenka, Agnieszka Radwanska and Petra Kvitova sit at second, third and fourth respectively.

Errani shot from No.24 to No.10 by virtue of her best showing at a major.

On the men’s side, Aussies Bernard Tomic and Marinko Matosevic continued their impressive rises in 2012, with both hitting career-high rankings this week.

Tomic moved up two places to No.27, hoping some good results in the next two weeks of grasscourt events will help him achieve a Wimbledon seeding in the top 24.

This would help him to avoid the eight highest-ranked men in the field until at least the fourth round at the All England Club, should he progress that far.

Matosevic rose seven spots to world No.83, after a successful week on grass in which he reached the semifinals at the Nottingham challenger event.

Our junior boys also enjoyed some significant rises in the ITF rankings released on Monday.

Harris is now the world’s No.9 ranked junior, while Kyrgios sits at No.17. South Australian Luke Saville remains the top-ranked junior