New world No.5 Sam Stosur aims to use the pain of her French Open semifinal loss to spur her to greater heights in future editions of the claycourt major. 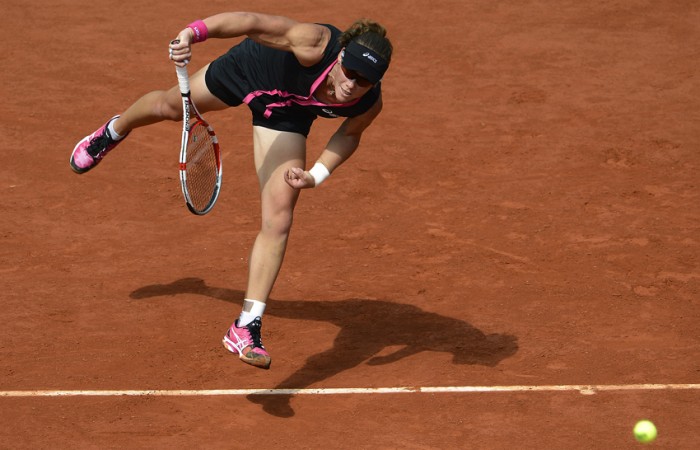 Sam Stosur has vowed to use the pain of another French Open heartache as the spur to one day reign supreme in Paris.

Despite falling to a player she had never previously lost to, Stosur still managed to make the semifinals at Roland Garros for the third time in four years, the only currently active female player who can lay claim to such a feat.

She will leapfrog Serena Williams to No.5 in the rankings as reward for her stellar run in the French capital.

Stosur struggled to explain her 5-7 1-6 6-3 semi-final loss to Sara Errani, a devastating defeat that drew comparisons with her title match defeat two years ago against another Italian underdog, Francesca Schiavone.

While conceding she’d probably dwell on another huge opportunity lost for several days, Stosur refused to believe her surprise exit had been a career setback.

“I’ve had disappointing losses before. I have been through similar situations and been able to come back. I have no doubt I’ll be able to do that,” the 28-year-old said.

“Obviously you just don’t want to go through it at all, so the only choice is to think about what’s around the corner and how am I going to improve and remember what this feels like.

“You don’t want to have it happen again – or at least not for a very long time – but have I not reached my potential because of that? I don’t know.

“I still won a grand slam, so there are still good things. I have obviously been capable of it.”

While Stosur’s immediate focus is on Wimbledon starting on 25 June, the three-times French Open semifinalist and 2010 finalist said her resolve to one day conquer the Parisian clay was now even stronger.

“I think it is obviously a great event for me and it suits me and all that. I’ve come close, but hopefully one day it will happen.”

With only five wins and one third-round showing in nine Wimbledon appearances, Stosur is realistic about her prospects of bouncing straight back at the All England Club later this month.

“I hope I can look forward to Wimbledon. That’s always been a very tough tournament for me,” she said.

“But in some ways that’s the beauty of tennis. You can have a really crap day and then there’s another tournament the next week and you get a chance to kind of redeem yourself very quickly.

“And there’s a grand slam in another couple of weeks and that’s where you want to try and improve what went wrong today.”