Luke Saville has kept his quest for a third junior Grand Slam title on track after defeating Italian Matteo Donati to reach the quarterfinals at Roland Garros. 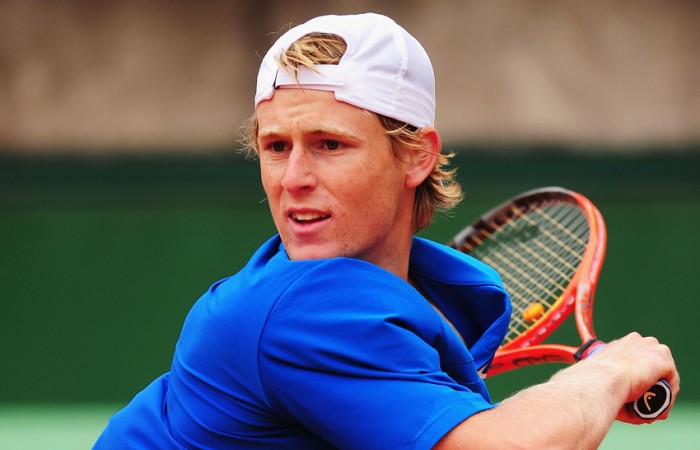 Luke Saville has cruised through to the quarterfinals of the boys’ singles event at Roland Garros after a straight set win over Italian world No.38 Matteo Donati in Paris on Tuesday.

Saville, now the only Australian left in the junior tournament after Andrew Harris, Nick Kyrgios and Jordan Thompson all fell in the second round, will take on Czech 11th seed Adam Pavlasek in the last eight.

The top seed wrapped up the 6-4 6-3 win over Donati in one hour and 22 minutes on Court 3 at Roland Garros, and was statistically superior in every department.

He will enjoy a day of rest from singles play before taking on Pavlasek on Wednesday, who arrived at the quarterfinal stage following a straight-set win over American Spencer Papa.

While Saville’s quest for a third junior Grand Slam title remains on track – he currently holds the junior Wimbledon and Australian Open titles – his compatriots were not so fortunate on Tuesday.

Thompson, who had sensationally upset 12th seed Mackenzie McDonald 10-8 in the third set on Monday, was unable to replicate that performance in his second round match.

A special entry into the French Open event after his semifinal run at last week’s Astrid Bowl event in Belgium, Thompson went down 6-2 6-2 to Brazil’s Thiago Monteiro.

Harris and Kyrgios were able to erase some of their disappointment when they combined to win their opening round doubles match. The Aussies defeated Spanish pair Albert Alcatraz Ivorra and Eduard Esteve Lobato in straight sets.

Saville also enjoyed success in the doubles event, partnering with Julien Cagnina of Belgium to win a thriller against German-Czech combo Daniel Masur and Robin Stanek, 6-4 4-6 [15-13].

Saville and Cagnina are the third seeds in the boys’ doubles event.