Jarmila Gajdosova gives herself a good chance heading into her second round match against No.9 seed Caroline Wozniacki at the French Open on Thursday. 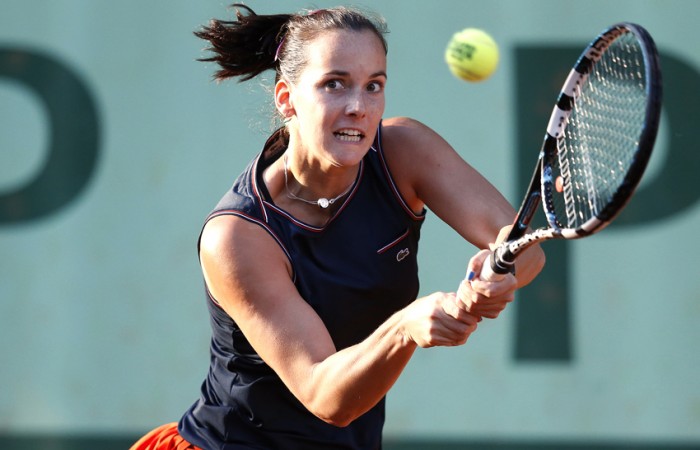 Jarmila Gajdosova gives herself a shot of compounding Caroline Wozniacki’s woes in the second round of the French Open on Thursday.

Back at a happy hunting ground after an unhappy period in her career and life, Gajdosova emerged from a mini-slump to blast past ex-compatriot Magdalena Rybarikova and book a date with the fallen former world No.1.

Gajdosova was beating Rybarikova 6-3 4-1 when the Slovak called it quits complaining of an injured back.

> Photos: all the action from round one at Roland Garros

The Australian Fed Cup player didn’t really care how she advanced, having won just eight of her previous 20 matches in 2012 to slump from a career-high No.25 to 72nd in the rankings.

Gajdosova also took time to recover from the breakdown last year of her marriage to Australian tennis player Sam Groth.

But the 25-year-old is only looking forward now and where better to start a revival than Roland Garros, her most successful grand slam venue having reached the last 16 two years ago and the third round on two other occasions.

> Vote for your favourite Aussies at Roland Garros achievement

“I like playing here, I enjoy coming back to clay and I feel healthy and I’m enjoying playing so it’s all good,” Gajdosova said.

Wozniacki, who has slipped to No.9 in the world after topping the season-ending rankings back-to-back in 2010 and 2011, holds no fears for Gajdosova.

“We’ve always had good matches playing each other,” the adopted Aussie said.

“So far Caroline’s always beaten me in three sets or tough two sets, but pretty much they’ve always been good matches.

“So I’m looking forward to it and it’s always a lot of fun.”

Despite her confidence, Wozniacki’s rankings fall hasn’t lulled Gajdosova into believing the Dane is any easier to beat these days.

“She’s still top 10. It doesn’t really matter if you’re one or six, she’s still the same player and she’s still going to play the same way as she used to,” Gajdosova said.

“It’s true, the confidence is a big thing for a tennis player and it hurts a lot if you don’t have it.

“But she’s a strong player and she always was very strong in the head when she was No.1 in the world.

“She was a good fighter, so I’m sure she hasn’t lost that.”