Gajdosova through, Barty bounced in Paris

Jarmila Gajdosova advanced to the second round after her opponent retired in the second set, yet Ashleigh Barty lost on debut in Paris. 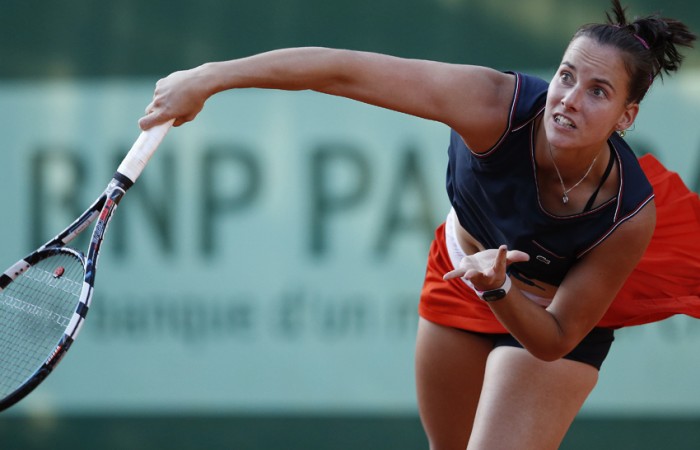 Jarmila Gajdosova has joined Sam Stosur and Bernard Tomic in the second round at Roland Garros, however Aussie compatriot Ashleigh Barty was not so lucky.

Gajdosova advanced on Tuesday after Slovakian Magdalena Rybarikova retired when behind 6-3 4-1 in their match on Court 5, citing a lumbar spine injury.

The Aussie had played an impressive match up to that point, winning 77 per cent of points on her first serve and smacking four aces, while striking 21 winners to Rybarikova’s 12.

She bludgeoned a series of booming forehand winners to break Rybarikova in the sixth game before taking the opening set, and was a double break up in the second when the Slovak called it quits.

Gajdosova, the world No.72, will next face ninth seed Caroline Wozniacki, who outclassed Greece’s Elini Daniilidou for the loss of just one game.

Meanwhile, Barty’s maiden campaign in Paris ended in a 6-1 6-2 first-round defeat at the hands of Czech fourth seed Petra Kvitova.

Playing the reigning Wimbledon champion on Court Suzanne Lenglen was always going to be a tall order for the youngest player in either of the singles draws for the claycourt Grand Slam.

And it was all over in 54 minutes as Kvitova capitalised on the Australian wildcard’s obvious butterflies.

“I actually felt all right going into the match. I was just looking forward to getting out there and playing against some of the world’s best.

“Experience is the biggest thing I got out of it. It was tough out there today, but Petra played a really good match.

“I didn’t play my best tennis, but she didn’t allow me to.”

“But it was definitely enjoyable. I’m out there playing on Court Suzanne Lenglen. It’s an amazing court and hopefully I can come back in the years to come and play out there again and maybe get a win next time.”

The just-turned 16-year-old’s nerves were evident in the warm-up when she failed to land 13 straight practise serves, and double-faulted on the very first point of the match.

But her performance was far from all doom and gloom, though.

The Wimbledon junior champion provided Australian tennis fans with a glimpse of the future as she matched Kvitova’s back-court firepower for periods of the match.

Barty also showed grit to hold her opening service game with a big ace down the middle after fighting off two break points.

“She’s talented. She was a very tough opponent for the first round,” Kvitova said.

“She’s very young. It was good experience for her.

“She has a big serve with kicks and good forehand. She can change direction in the game, so she can play slice and drop shot. She has very good touch.”

In the end, eight double-faults and too many missed dropped shots and netted slice backhands ultimately brought Barty unstuck.