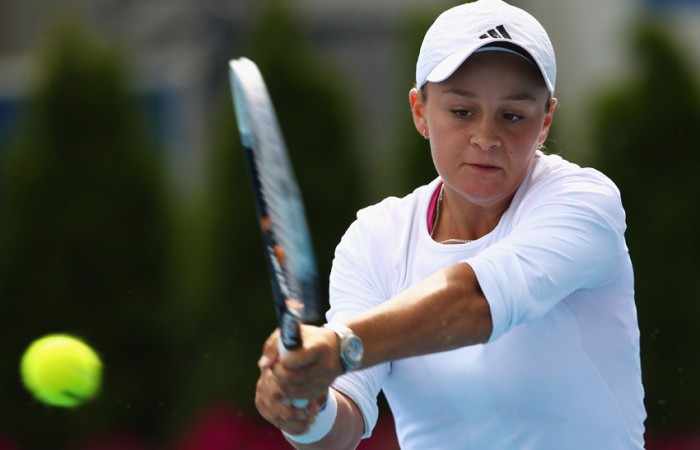 Even grand slam champion Sam Stosur is envious of the opportunity Australian teenager Ashleigh Barty has at the French Open.

Little is expected of the youngest player in the women’s singles event in Paris and Stosur urged Barty to enjoy her Roland Garros main-draw debut.

“What an eye-opener for her,” said US Open champion Stosur.

“If I was in her situation, I would have only dreamed of playing the main draw of the French Open when I was that age. It’s great for her.

“It’s a pretty tough first-round opener – welcome to French Open tennis – but again that’s another chance where she really has nothing to lose.

“I think everyone knows she’s a very good player and is capable of doing some good things in the future.

“You never know how everything is going to pan out but she does have the ability to be a very good player.

“So playing one of the best players in the world at the moment is a good chance to go out there and see what she’s got, what maybe she needs to work on.

“It’s a good benchmark to see at absolutely the highest level.”

Stosur said it was unlikely the young Australian wildcard would fare any worse than her own centre-court debut, which came at Melbourne Park a decade ago.

“The first year I played main draw, I freaked out playing Greta Arn in the first round because I knew that if won I was going to have to play (Martina) Hingis,” Stosur said.

“So it all became too much for me and I ended up losing the first round and didn’t have to play Hingis anyway.

“That’s how I handled my first one.”