Pain-free for the first time in two years, Lleyton Hewitt is looking to the grasscourt season with renewed hope despite his first-round exit at Roland Garros. 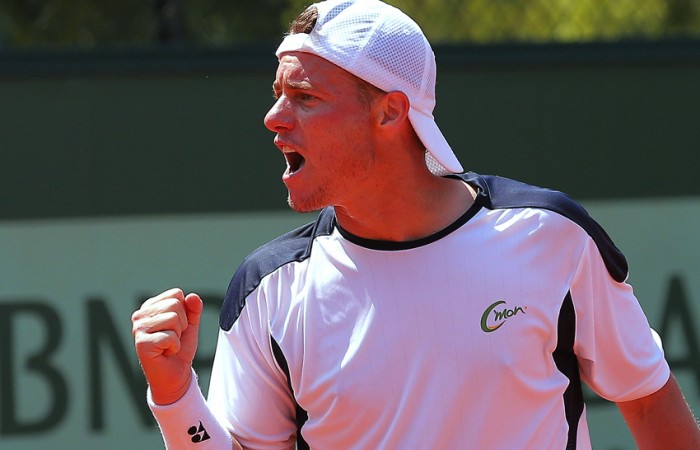 Pain-free for the first time in two years, Lleyton Hewitt is looking to the grasscourt season with renewed hope despite his first-round exit from the French Open.

Hewitt hailed his radical foot surgery a minor miracle after getting through a gruelling three-hour, 50-minute battle in his first competitive outing since having a metal plate and two screws inserted in his troublesome left big toe in February.

“This was a last-effort surgery that I had straight after the Australian Open. A lot of people didn’t think it could be done and here I am at a Grand Slam,” said Hewitt, after falling 7-6(2) 6-3 6-7(7) 6-3 to Slovenian qualifier Blaz Kavcic on Monday.

“I lasted nearly four hours and physically felt fine – pretty amazing when you haven’t played any matches on this surface.”

With no cartilage left in his toe – the one he pushes off to serve and constantly stubs into the court when playing a backhand – Hewitt had to have it fused.

The former world No.1 said he had no choice because doctors refused to give him any more painkilling injections after he had “so many just to get through the Australian summer it was ridiculous”.

“So it was a last-ditch effort. It’s probably the one surgeon I went to and trusted that sort of gave me any chance.

“Hopefully it gets better and better from here and I get more used to it as well.”

Hewitt said he feels like his past two years have been ruined by constant operations and rehab.

“Every practice, every match has been painful,” the 31-year-old said.

“It’s more just adjusting now to the mechanics that I’ve got. I’ve been compensating for the last couple of years.

“So it was nice not to have pain.”

Given that doctors have told him he will continue playing without pain in the toe, Hewitt is relishing a return to grass next month at Queen’s, where he is a four-times champion, and then ultimately Wimbledon.

The dual major champion used the French Open merely as a starting point in his return, with his main focus always Wimbledon where he won the greatest prize in tennis 10 years ago.

“In some ways, this (clay) is a tough surface to come back on moving-wise because the points are so much longer,” Hewitt said.

“You’re getting stretched and back behind a lot more than probably a grass or hard court.

“So there are positives to take out of it and more so probably confidence moving-wise. With the surgery, I didn’t know how I was going to come back.”