Australia’s Sam Stosur has set up a third-round clash with women’s great Venus Williams after defeating Sara Errani at the Rome Masters on Wednesday. 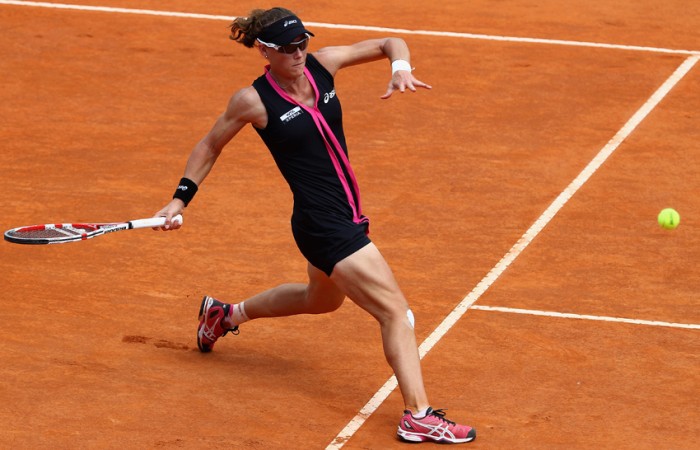 Australia’s Sam Stosur has set up a third-round clash with women’s great Venus Williams after defeating local hope Sara Errani at the Rome Masters on Wednesday.

Stosur refused to let the Italian’s exemplary claycourt record in 2012 be a factor (Errani was 18-2 on clay coming into the match), sweeping aside the world No.24 6-3 7-5 in just over 90 minutes.

The win will see Stosur face Williams for the second time in two months, after the American wildcard overcame Russian Ekaterina Makarova.

In their last meeting at Charleston in early April, Stosur defeated Williams in three highly-competitive sets, her first career win over the five-time Wimbledon champion.

Stosur, who reached last year’s Rome Masters final, will be confident of her form heading into the match with Williams. Against Errani, her serve was firing – she landed 71 per cent of first serves, and smacked four aces to no double faults.