Australia has cemented its prime position in the Asian region after defeating China 2-0 in the 14/u World Junior Tennis Asia/Oceania qualifying final in Malaysia. 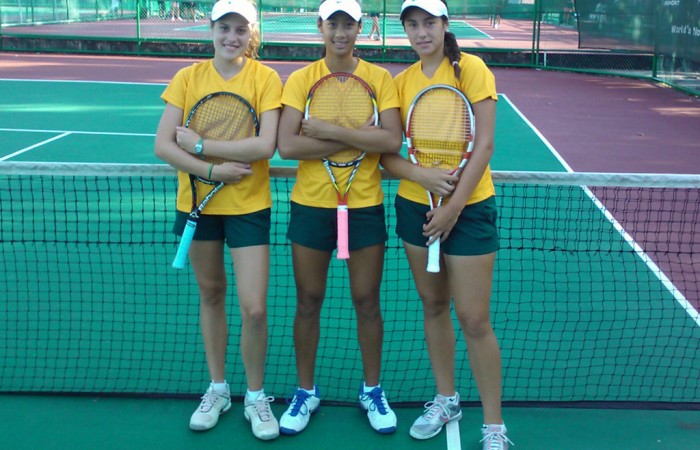 Australia has affirmed its position in the Asian region after defeating China 2-0 in the final of the 14/u World Junior Tennis Asia/Oceania Final Qualifying event in Kuching, Malaysia on Saturday.

Having already qualified for the world final on Thursday, the win was an added bonus for the team.

The doubles rubber was then played with Hon pairing with Kimberly Birrell (Hope Island, Qld) to take a commanding lead over Ren and Yue-Nv Li, 6-3 5-6, when heavy rain suspended the match and later abandoned.

“We’re very happy that we continued to fight hard even though we had achieved our initial goal of qualifying. Winning the tournament gives us a lot of confidence and a better chance in doing well in the Czech Republic,” Hon said.

Birrell echoed Hon’s sentiments: “The Chinese team were very tough and so tall. They played really well all week and dominated their early rounds. We knew that we would need to produce our best tennis of the week to win the final,” she said.

“Throughout the week they not only competed really well, but they also made a big effort to develop their games for the long-term future,” Richardson said.

“Our team was very determined to finish the week on a high and it was a great feeling to complete the tournament undefeated.

“The girls served exceptionally well against China. They also continued to improve on their point structure, variation plays and combinations.”

The win gives the team’s confidence an added boost before they travel to Europe for a number of tournaments ahead of the world finals in Prostejov, Czech Republic on 13-18 August 2012.

This is Thompson’s third ITF junior title after he won the Sydney Junior International last October and Queensland Junior ITF International 1 in 2010.

The group will be in Europe for seven weeks.