Sam Stosur has been forced to content with another inspired opponent in Madrid, forced to three sets against Christina McHale before moving into the third round. 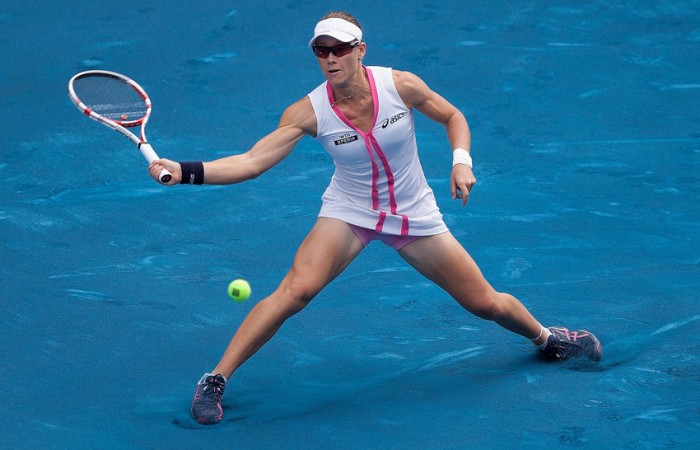 Samantha Stosur survived another midnight encounter to reach the third round of the Madrid Masters with a tough three-set win over American teenager Christina McHale.

The Australian fifth seed struggled with her serve in the first two sets and was broken twice in each, but found her range in the decider to claim a 2-6 6-4 6-0 victory in just under two hours.

The fifth-seeded Stosur, accustomed to late finishes after her series of midnight epics at last year’s US Open, came alive when she really needed it, reeling off eight straight games to finish McHale off.

“I knew it was going to be a late day, but I certainly didn’t think we would start at 10 o’clock and finish up at midnight,” Stosur said.

“It was tough to get going at the start but once I got out of that second set, I felt pretty good out there.

“Christina played very well. She was serving well and taking the ball early off the ground. She really had me moving today. It was a tough one.”

Stosur beat Cetkovska in their only previous meeting earlier this year in Doha.

“(It’s) a nice thing to know in the back of your mind,” the Australian said.