Having beaten Sam Stosur in the quarters, Maria Sharapova has gone on to clinch the WTA event in Stuttgart, beating world No.1 Victoria Azarenka in the final. 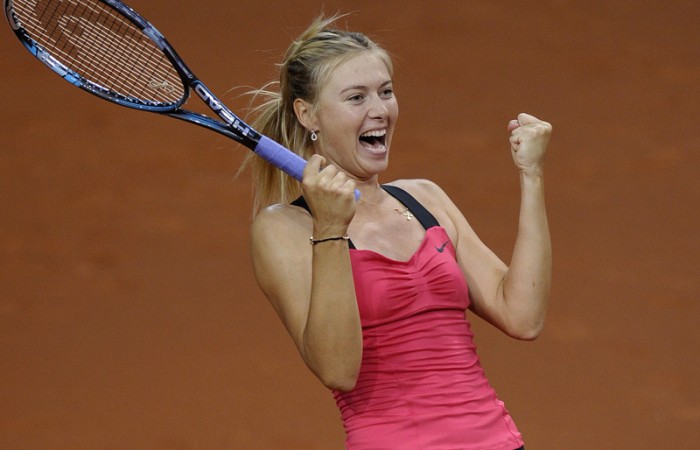 In a battle between the world’s top two players, Maria Sharapova earned her first title of the year on Sunday as she blasted her way past world No.1 Victoria Azarenka 6-1 6-4 in the final of the WTA Porsche Tennis Grand Prix in Stuttgart.

It was the 25th career title for 25-year-old Sharapova, who saved match point in her epic quarterfinal clash against Australia’s Sam Stosur, but first in 2012 having lost three finals.

It was also revenge for both this year’s Australian Open and Indian Wells defeats at the hands of Azarenka, and having also been runner-up at the Miami tournament.

Sharapova demolished her 22-year-old opponent in the first set, needing exactly 30 minutes after having raced to a 3-0 lead.

In a competitive encounter, the world’s top two players even barged into one another during a change over.

The Belarusian raised her game in the second set, but Sharapova got the break she needed to make it 4-3 and then served out to win the tournament on her debut in Stuttgart.