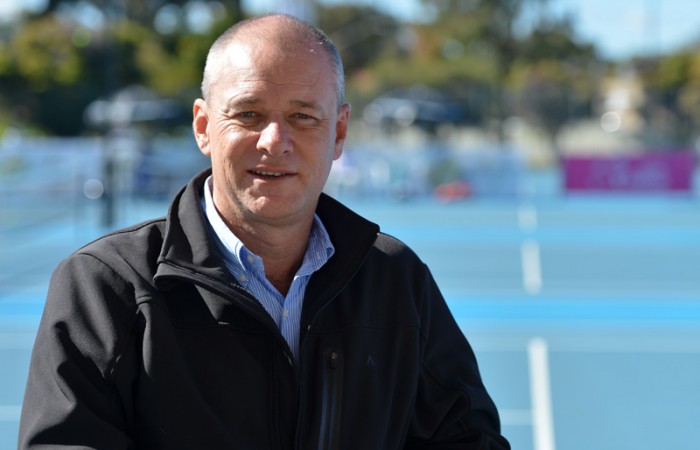 He’s known to many Australian tennis fans for his high-profile role as Australian Open tournament referee, but Wayne McKewen is equally happy to oversee the top Asian juniors competing in this week’s Junior Davis and Fed Cup Final Qualifying event. In fact, having arrived in Bendigo only the day after overseeing the Japan and Belgium Fed Cup tie, the well-travelled Sydneysider welcomed the change of pace.

“To come here, it’s nice. It’s lovely. It’s nice to see the kids getting out and representing their countries. Hopefully some of these players will make it through to the pro ranks,” said McKewen, a member of the ITF’s Grand Slam officiating team, who is contracted for a month of each year to perform his Australian Open role.

The current visit home to Australia is a short one for McKewen, who will travel to China next week to attend an umpiring school. From there it’s on to Paris the French Open, London for Wimbledon and the Olympics and finally to New York for the US Open. By the end of 2012, McKewen will have travelled for 22 weeks of the year and with the distances involved, have spent two weeks of the year sitting on aeroplanes.

McKewen says that while the scale of events changes throughout the year, the responsibilities largely remain the same. “It’s totally different but it’s all tennis,” he said, adding that the 17-team junior event in Bendigo provided the chance for developing players to fine-tune their understanding of professional tennis.

“Here we’re a little bit more relaxed with some of the clothing rules as opposed to being at a Grand Slam where you’ve got millions watching on TV,” he explained.  “I see these more as a learning tree for everyone – whether it’s the players or the captains – so when they do get up to the bigger events they know what the procedures and rules are.”

With a finely-developed love of the game, it’s also refreshing for McKewen to see the next generation of professional players competing in a team environment.