Team spirit and national pride are proving invaluable as our Junior Davis and Fed Cup teams gain momentum at the Asia/Oceania qualifying tie in Bendigo. 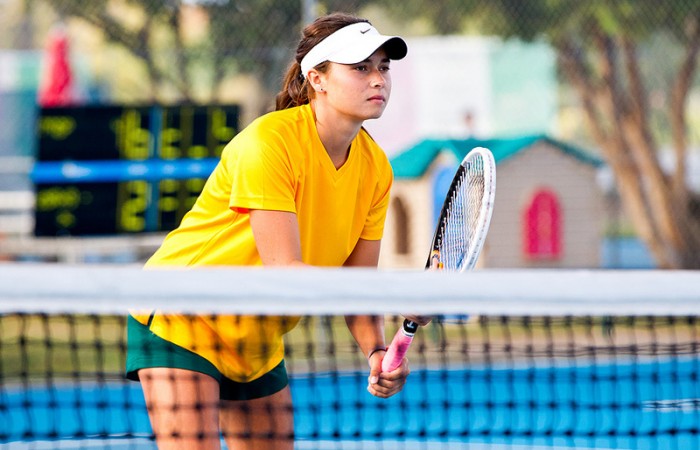 Team spirit and national pride are proving invaluable as Australia’s junior Davis and Fed Cup teams gain momentum in their goal to achieve top four finishes at the Asia/Oceania qualifying tie in Bendigo.

Naiktha Bains, who recovered from a 0-4 deficit to claim an opening round win against Singapore’s Rheeya Divyesh Doshi before defeating Malaysian Choo Lyn Yuen in three sets in the girls’ event, is finding the team setting a positive environment.

“It’s really good to support our teammates and get them through the important matches,” said the 14-year-old, who is the youngest Australian player competing in Bendigo. “You can always recognise the voices that are cheering you on … it helps a lot.”

Zoe Hives and Isabelle Wallace also claimed important singles victories for Australia, adding to the occasion of being selected for their national team.

“I was so excited. It was just so good,” said Hives of her reaction to being named in Australia’s Junior Fed Cup squad.  “I enjoy the team stuff because you don’t get much of it in tennis so whenever there is something team-related it’s good.”

Wallace, a 15-year-old Victorian and recent winner of the Optus 16s National Claycourt Championships, describes the junior Fed Cup as “pretty much the highlight” of her career so far.

“I’ve been picked for a team event but not this big an event,” she explained.

With two wins apiece in the round robin stage both the boys’ and girls’ teams are well placed to reach the semifinal stage in Bendigo, which would see them progress to the Junior Davis and Fed Cup finals in Barcelona, Spain, in September.

After respective wins over Kazakhstan and Singapore yesterday, the junior Davis Cup team completed a stunning win against New Zealand this morning and the junior Fed Cup team sealed victory over Malaysia.

Nicole Pratt, junior Fed Cup captain, is delighted that the teams’ plans are on track.

“We we want to finish one in our pool but if we don’t that’s OK. I’ve said all along that the goal is to finish in the top four. I don’t really mind how that happens, we just need that to happen,” she said.

Final round robin ties will be played this afternoon in Bendigo, with Australia’s junior Fed Cup team taking on China and the junior Davis Cup team to meet the Philippines.