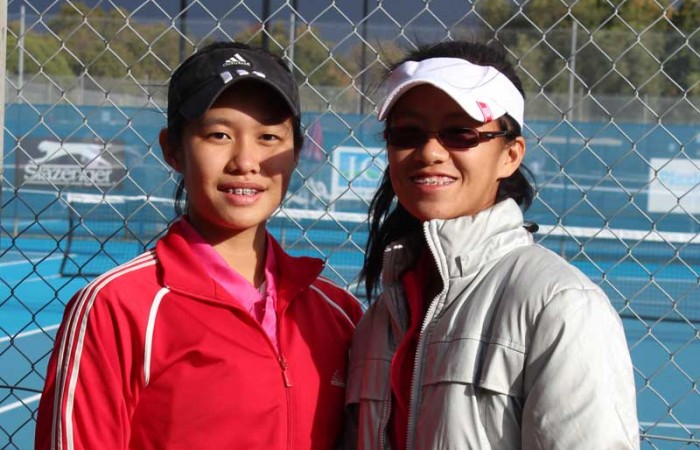 Top young players weren’t expecting the wintry conditions that halted the opening day of play in the junior Davis and Fed Cup by BNP Paris Asia/Oceania Final qualifying event at the Bendigo Tennis Association today, but it didn’t dampen enthusiasm as they took a big step in their young careers.

While many of the visiting players have contested tournaments throughout Asia, most are making their first visit to Australia and are not only enjoying the excellent hospitality, but welcome the opportunity to develop their tennis in a new environment.

“The food is great, the hotels are fine. Pretty much everything is great except for the weather!” laughed 15-year-old Alissa Boey, who is representing Malaysia in the junior Fed Cup. “It’s cold for us because we’re from somewhere warm.”

Still, Boey and her team-mates, Choo Lyn Yuen (age  15)and Aslina Chua (16) appreciate the tremendous honour of being recognised as the top 16 and under players in their country.

“Because we’re chosen out of so many players to play for our country we do feel kind of proud,” said Boey, who adds that tennis is growing more popular in Malaysia, where other prominent sports include football, badminton and squash.

Rain halted play for most of the opening day and matches were suspended completely after players managed a brief time on court. Zoe Hives (Kingston, Vic) lead Geraline Ang 2-1 in the Australian junior Fed Cup team’s opening tie against Singapore.

Play is scheduled to resume in Bendigo at 9.30am tomorrow.