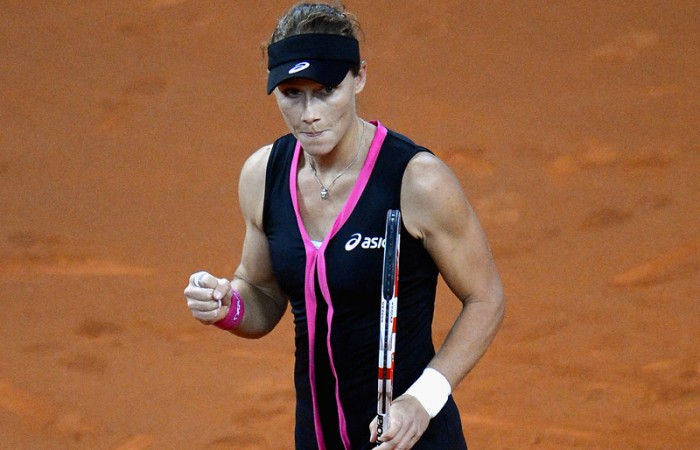 She handed the visiting nation an unassailable 3-0 lead by dismissing German world No.11 Andrea Petkovic 6-4 6-1 in Stuttgart, after recording a comfortable opening day win over the in-form Angelique Kerber.

Australia won the tie on clay 3-2 after the home side took out the two dead rubbers.

Following her disappointing start to the year in Australia, reigning US Open champion Stosur felt she was hitting top form.

“I am really pleased,” she said.

“Winning these two matches (helps) to keep building towards the French Open. Madrid and Rome are really big tournaments as well, so I think I am in a pretty good position.”

Fed Cup captain David Taylor, who is also Stosur’s coach, said his charge was well placed a month out from the French Open which starts on May 27.

“I think Sam has had a great couple of months and is exactly where she needs to be heading into the claycourt season,” he said.

Stosur, who also reached the French Open semifinals in 2009, will tune up for Roland Garros with tournaments in Stuttgart, Madrid and Rome.

The WTA Stuttgart event will be held in the same venue in which Stosur helped Australia secure its famous victory over Germany at the weekend.