Excellent performances by Sam Stosur and Jarmila Gajdosova in their singles rubbers have given Australia a 2-0 lead over Germany in the Fed Cup tie in Stuttgart. 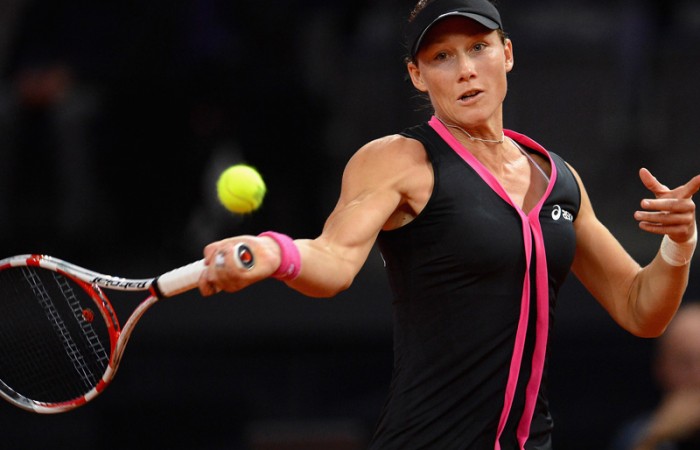 Samantha Stosur and Jarmila Gajdosova have given Australia a 2-0 lead against Germany in their Fed Cup by BNP Paribas World Group Play-off tie in Stuttgart today.

Stosur, the world No.5 and Australia’s No.1 player, opened proceedings at Porsche Arena by defeating Angelique Kerber 7-6(1) 6-4.

Following the match, Stosur said she was happy to get a point on the board for Australia.

“It is always good to get a win in straight sets,” Stosur said.

“There is always pressure playing these matches whether you are expected to win or not. I was the higher ranked but I am sure Angelique felt the pressure being in front of a home crowd so I think there is pressure on both sides.

“I think I played quite a good match and started both sets well and I got up and put myself in a position to win both of the sets.

“I enjoy playing this competition. I enjoy being part of the team.”

Stosur defeated Kerber in their only previous meeting at last year’s US Open on the way to collecting her first career Grand Slam singles title.

In the second rubber of the day, Gajdosova upset world No.16 Julia Goerges 6-4 6-4 in one hour and 26 minutes.

Gajdosova said she simply tried to focus on her own game going into the match.

“[I was aiming to] be aggressive from the beginning and concentrate on my return game,” she explained.

“I think I just played very well today. Julia is a good player and I just made more winners than errors than she did.”

“Jarka made Julia really uncomfortable from the speed of the ball and when someone is hitting the ball that hard and so many are going in, it can make you nervous.

“We have had a good Fed Cup team the past few years but we have not really had all our players in form at the same time.

“With the players we have now, I think Australia belongs in the World Group but the job is not done. We are not getting too carried away. There is still one more rubber to win.”

The result puts Australia one win away from returning to the elite eight-nation World Group next year.

Casey Dellacqua will join Stosur as the doubles pairing against Germany’s top-ranked player, Andrea Petkovic and Anna-Lena Groenefeld. This will be the last match to be played on Sunday.

The Fed Cup by BNP Paribas World Group Play-off tie will be televised on Fox Sports this weekend, with Day 2 action to be broadcast live on Fox Sports 3 tonight at 8pm.