World No.1 Novak Djokovic is the last man standing between king of clay Rafael Nadal and an incredible eighth straight title at the ATP's Monte Carlo Masters. 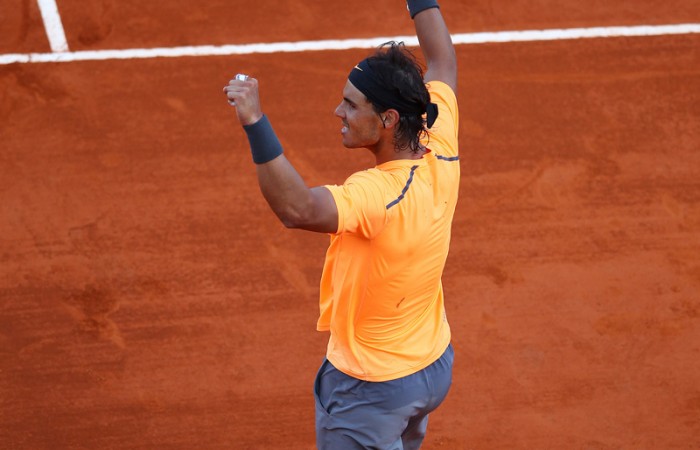 World No.1 Novak Djokovic is the last man standing between king of clay Rafael Nadal and an incredible eighth straight title at the ATP’s Monte Carlo Masters.

The top-ranked Serb, playing this week despite his beloved grandfather’s death, has won the past seven matches with the Spanish ace — all of them finals at major events — but trails 14-16 in their head-to-head series.

Djokovic reached his second Monte Carlo final, having lost one to Nadal in 2009, when he overcame Tomas Berdych 4-6 6-3 6-2 in the semifinals on Saturday.

Nadal kept alive a victory run dating to 2005 as he won a 41st straight match at the event, defeating French ninth-seed and crowd favourite Gilles Simon 6-4 6-4.

Djokovic has improved his form after playing three matches while grieving, but is fully prepared for a battle on Sunday in the principality.

“It will be the most difficult match for me in this tournament,” said Djokovic, who beat Nadal six times in 2011 and won their six-hour Australian Open final in January.

“He’s the player to beat here.

“He’s the player to beat on clay courts. He’s the best ever in history of the sport on this surface.

“It’s an ultimate challenge. I need to play well from the first to the last point. I cannot have ups and downs. I cannot afford that against Rafa. I’m aware of that. But why not believe that I can win?”

Nadal, the winner of the last seven editions, and who who last lost a Monte Carlo match in 2003, has gone through the week without dropping a set, even as he tested a left knee that required a fortnight of treatment earlier this month.

“He’s definitely motivated to win another one. You always know that Rafa is going to come up with his best fight and his best tennis when he needs to.

“That’s why he makes another player who plays against him come up with the best tennis, too. So that’s something that I have to keep in mind.”

Nadal is just pleased to be contending after his two weeks of left knee injury treatment this month.

“I have much less to lose than him, I have everything to win,” said the optimistic holder. “That’s the most important thing.”

Nadal called his eighth consecutive final in the principality “a perfect way to start the clay court season.”

“To be in the final without losing a set, it means a lot to start another clay season with a final. Now remains the most difficult thing. I am here to try.”