Despite learning of his grandfather's death on the day of his match, Novak Djokovic moved past Bernard Tomic's conqueror Alexandr Dolgopolov in Monte Carlo. 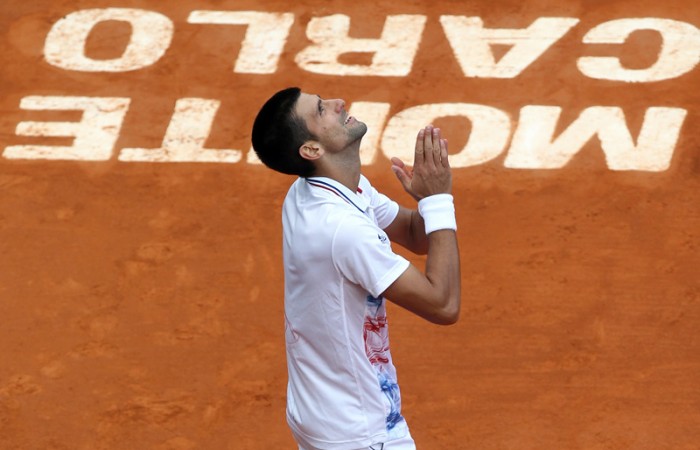 Novak Djokovic buried his grief to advance to the quarterfinals of the Monte Carlo Masters on Thursday, just hours after learning of the death in Serbia of his beloved grandfather.

His match, interrupted by the fourth rain shower of the day at the Monte Carlo Country Club, eventually ended with a 2-6 6-1 6-4 win over 16th seeded Alexandr Dolgopolov of Ukraine.

Djokovic was said to be close to grandfather Vladimir and sheltered with him and other family members during the NATO bombing of Belgrade in 1999.

He left the court in silence prompting ATP officials to release a statement which read: “Novak Djokovic would like to ask for your understanding.

“As you know, he lost his grandfather today just before the match, and it was very hard for him to play. After he won, he just felt totally exhausted physically, mentally and emotionally.”

There was no word as to whether the world number one would continue in the tournament, which he missed last year during a record-setting season of ten titles including three of the four grand slams.

Second seed Rafael Nadal continued the quest for an eighth straight title at the tournament as he dispatched Mikhail Kukushkin of Kazakhstan 6-1 6-1 in exactly one hour.

Nadal will next face either compatriot Nicolas Almagro or Stanislas Wawrinka of Switzerland for a place in the semifinals.

Murray got a rare two walkovers last month in Miami, when Canadian Milos Raonic was injured before their third-round encounter and Nadal was unable to play their semifinal due to the knee problems which continue to haunt him.

He became the first French player into the last eight since Richard Gasquet five years ago and was then joined by compatriot Gilles Simon, who upset seventh seed Janko Tipsarevic of Serbia 6-0 4-6 6-1.

Murray was leading 6-5 in the first set against the world number 31 Benneteau when the Frenchman took a tumble, rolling his right ankle and landing badly.

“It looked like quite a bad one, he fell quite heavily,” said Murray of Benneteau.

Grimacing in pain, Benneteau was patched up and tried to play on but gave up to end the abbreviated contest after 11 games.

“It was a tough match, a lot of long games, quite a few long rallies,” said Murray.