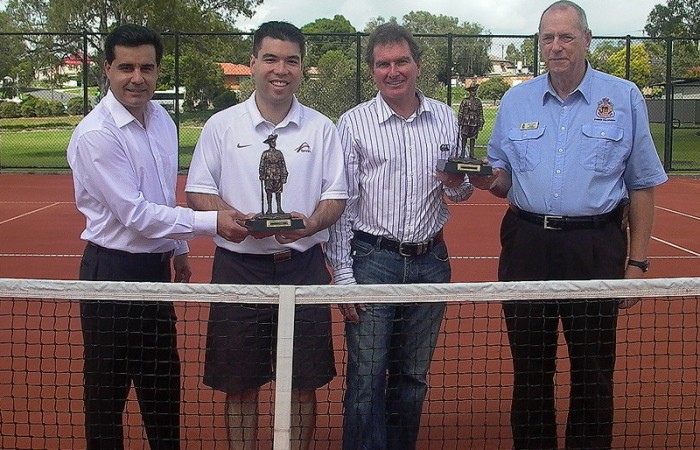 Top Australian and international juniors will honour the country’s fallen soldiers next week at the fifth annual Gallipoli Youth Cup, set to take place at the George Alder Tennis Centre in Ipswich, Queensland from 16-22 April 2012.

The Junior ITF Grade 4 tournament encourages the younger generation to proudly and uniquely carry on the tradition and values inherited from the soldiers who fought at Gallipoli.

Through their ongoing participation and competition in tennis, junior players are given the opportunity to commemorate our war veterans and keep the ANZAC spirit alive.

“Gallipoli Youth Cup acknowledges the bravery and courage of all the soldiers who fought at Gallipoli,” said Mr Turgut Allahmanli, Honorary Consul for the Republic of Turkey in Queensland.

“It also focuses on fostering the existing significant relationship between Australia and Turkey.”

Tournament Founder Umit Oraloglu said “this year the singles and doubles winners will win not only title honours but a limited edition figurine that will contain authentic sand from Gallipoli, a tangible representation of the ANZAC spirit.”

“The Gallipoli Youth Cup is much more than an important international tennis tournament, it’s one where local school children can attend and gain a deeper appreciation of what happened at Gallipoli while witnessing some top grade tennis,” said Cr David Morrison.

Tournament Director Francis Soyer said that Tennis Australia was proud to continue supporting an event that is rich in history.

“It’s a great opportunity for our up-and-coming athletes to gain match play experience at an international level and we wish all athletes luck when they compete next week.”

The Gallipoli Youth Cup was first held in 2008 and was set up by founder Umit Oraloglu and Australian tennis legend and tournament ambassador Pat Cash, in partnership with Tennis Australia.

The tournament will mark the end of the Ipswich Festival of Tennis, a seven-week event which has featured the City of Ipswich Tennis International and the Optus National Claycourt Championships for the 12/u, 14/u and 16/u age groups.