Aussies to next face Germany in Davis Cup

Australia faces a Davis Cup World Group Play-off tie against Germany away from home in September, with the winner promoted to the World Group in 2013. 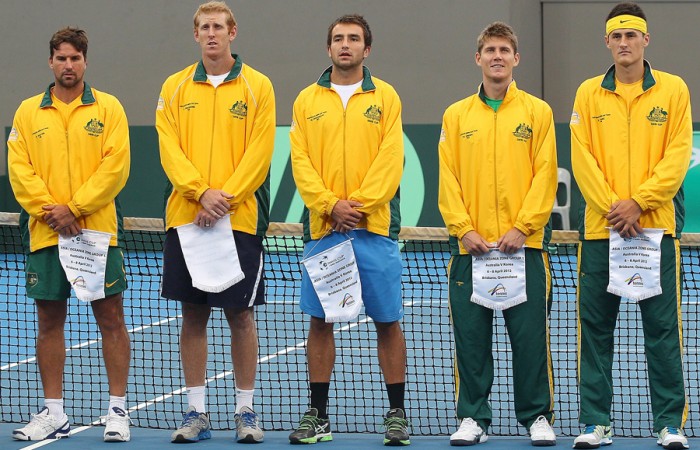 Australia’s Davis Group World Group Play-off tie opponent has been decided overnight, with the green-and-gold to face Germany away from home on 14-16 September 2012.

Team selection will be announced 10 days before the tie commences, with the winner to be promoted to the competition’s elite 16-nation World Group in 2013.

It would be the first time Australia has played in the World Group since 2007, when it lost 2-3 in the first round against Belgium on indoor red clay at Liege.

Since then the Aussies have reached the World Group Play-off stage on four occasions, falling to Serbia in 2007, Chile in 2008, Belgium again in 2010, and Switzerland last year in Sydney.

Australia reached the play-off stage thanks to dominant performances in Asia/Oceania Zone Group I. A 5-0 whitewash of Korea in Brisbane over the Easter weekend was preceded by a defeat of China by the same scoreline in February on grass at Geelong.

Germany became Australia’s opponent after losing its first round World Group tie to Argentina in February. The last time it found itself outside the World Group was in 2005.

Germany currently boasts six players in the world’s top 100, including No.20 Florian Mayer and No.34 Philipp Kohlschreiber.

The last time the two countries met was in the World Group quarterfinals in 2000, a tie which Australia clinched three rubbers to two on grass at Adelaide’s Memorial Drive en route to the final.

The announcement of the Davis Cup tie against the Germans comes just a week before Australia’s Fed Cup team flies to Stuttgart to take on Germany in their own World Group Play-off tie.