Anastasia Rodionova has fallen to Venus Williams at the WTA event in Charleston, while Sam Stosur's match has been suspended due to poor weather. 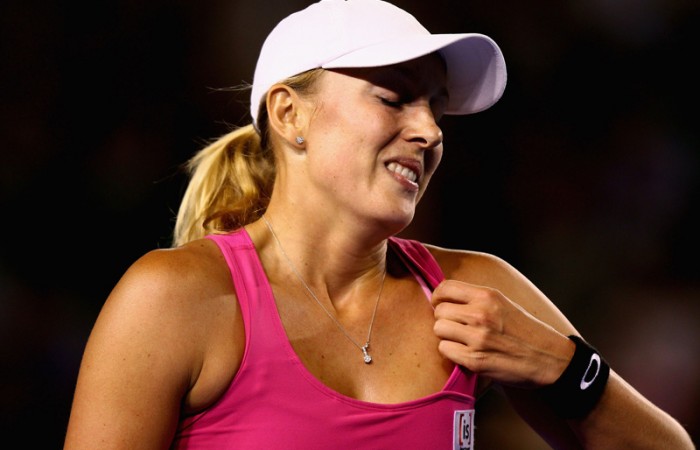 Australian Anastasia Rodionova’s run on the green clay at the Family Circle Cup has come to an end in the third round at the hands of resurgent star Venus Williams.

Rodionova has a great record in Charleston, reaching the third round of the event for the third time in her career. Yet she was no match for the might of the former world No.1, falling 7-5 6-2 in one hour and 17 minutes.

Later in the day on Stadium Court, fellow Aussie Sam Stosur began well in her third round match against Kazakh Galina Voskoboeva, leading 4-2 with a break of serve before rain cancelled play in Charleston for the remainder of the Thursday night session.

Williams, a Family Circle Cup champion in 2004, used her monstrous serve to full effect, winning 87 per cent of points behind her first delivery and smacking six aces along the way to victory.

She will next face the winner of the Stosur-Voskoboeva match, with a potential semifinal showing against sister Serena, who reached the quarterfinals of the WTA Premier-level event after a 6-2 6-2 demolition of No.17 seed Marina Erakovic.

Venus, meanwhile, continues her successful comeback to the women’s tour following six months out of the game due to an energy-sapping auto-immune condition.

A quarterfinalist last week at the prestigious Miami event, she set up her match with Rodionova after a rout of seventh seed and former World No.1 Jelena Jankovic in the second round.