Tennis ACT has joined the ACT Government and Next Generation Clubs of Australia to unveil an ambitious redevelopment plan for the National Sports Club. 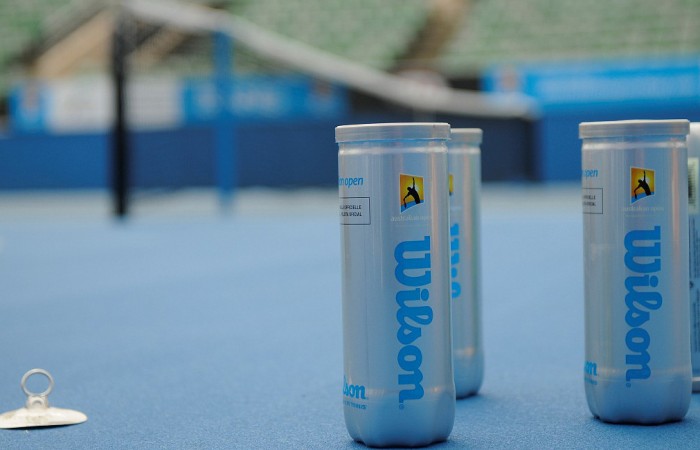 Tennis ACT today joined forces with the ACT Government and Next Generation Clubs of Australia to unveil an ambitious redevelopment plan for the National Sports Club in Lyneham.

The $20 million plan will include the construction of a Next Generation health and racquet club adjacent to Tennis ACT’s redeveloped tennis facilities, with both sites working together.

Tennis ACT CEO Ross Triffitt said that the organisation has been seeking a viable and sustainable solution for the redevelopment of the National Sports Club for the past 15 years.

“We are delighted to be entering into a partnership with Next Generation and securing the future of a facility that provides such a great outcome for tennis,” Triffitt said.

“Subject to the appropriate ACT Government planning approvals, the services and facilities that the planned Next Generation Club will provide perfectly compliment our proposed tennis facilities.

“The facility will aim to cater to all user groups, from beginners participating in our starter programs, MLC Tennis Hot Shots and Cardio Tennis, right through to elite athletes participating in international tournaments.

“The blend of court surfaces and the indoor courts will also provide world class facilities that are accessible to the local community while servicing the needs of the ACT and the southern region of NSW for the hosting of major events and competitions.

“Combine this with the Next Generation Clubs and their successful history of partnering with community sporting groups and it makes for the perfect partnership.”

Next Generation Clubs Australia CEO John Osborne said that Next Generation is delighted to be involved with such an exciting project and to continue its proud heritage of assisting community based organisations to preserve both their heritage and vital sporting and social infra-structure that may otherwise have been lost to their local community.

“We have successfully partnered with existing Tennis Clubs in Adelaide, Perth and Auckland to assist these clubs to transform their sites into world class sporting precincts with the centrepiece being a member-based Health, Racquet and Lifestyle club,” Osborne said.

“We look forward to working with the ACT Government and Tennis ACT to transform the National Sports Club site into a hub for family based health and leisure activities for the residents of Canberra.”

Deputy Chief Minister and Sports Minister, Andrew Barr said: “the ACT Government is pleased to provide $4 million for the court component of the project and welcomes the new opportunities this redevelopment presents, not only for tennis in the ACT but for our local tourism sector, with Tennis Australia’s commitment to bringing a range of events to Lyneham each year.

“The Courts and Facilities program aims to better service communities by assisting with the upgrade of facilities and courts to international standards,” Wood said.

“It also allows clubs to expand and service a wider range of tournaments and special events as well as encourage more people to play tennis more often from all sectors of the community.

“I look forward to seeing the development of the partnership between ACT Government, Next Generation Clubs of Australia and Tennis ACT and the proposed plans for the new National Sports Club in Lyneham come to life.”