Sam Stosur and Anastasia Rodionova have both scored impressive wins to move into the third round of the WTA Family Circle Cup in Charleston. 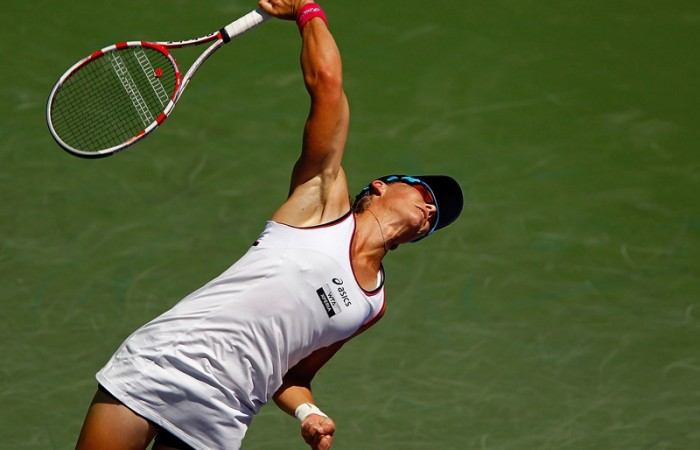 Stosur’s 6-0 7-5 victory came after one hour and 20 minutes, setting up a third round meeting against either Kazakhstan’s Galina Voskoboeva – who moved past Stosur’s compatriot Jelena Dokic in the first round – or Argentinean qualifier Paula Ormaechea.

The world No.5 began brightly on Stadium Court at the Daniel Island Tennis Centre in Charleston. She raced through the opening set as Hampton struggled mightly on serve, hitting six double faults and winning a measly eight per cent of points behind her second serve.

Yet admirably, the American shrugged this off and performed much better in the second set, with four aces and a better winning percentage on both first and second serves contributing to a much tighter affair.

Stosur’s experience ultimately shone through however, and the Aussie did enough to subdue the 92nd-ranked Hampton and take her 2012 win-loss record to 12-7.

Rodionova joined Stosur in the third around after a 7-5 6-3 victory over Spaniard Medina Garrigues.

After taking the first set, Rodionova looked set to romp through the rest of the match when she quickly built a 5-0 lead in the second set.

But Medina Garrigues, a gritty fighter, came storming back, surviving a handful of match points when down 2-5 in the eighth game and another in the ninth before Rodionova finally wrapped up the win in just over two hours.

The world No.98 will next face the winner of a highly-anticipated clash between No.7 seed Jelena Jankovic and Venus Williams.