Lleyton Hewitt has committed to play the Hall of Fame Tennis Championships at Newport in July, the only ATP event played on grass outside of Europe. 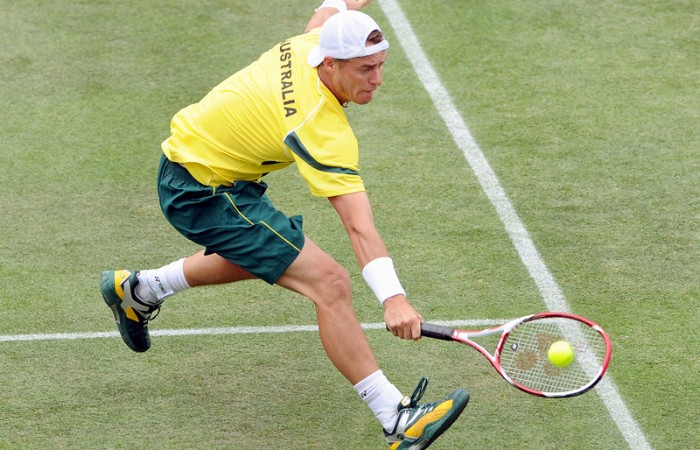 Former world No.1 and two-time Grand Slam champion Lleyton Hewitt has committed to play in the Campbell’s Hall of Fame Tennis Championships, to be hosted 9-15 July 2012 on the historic grass courts of the International Tennis Hall of Fame in Newport, Rhode Island.

The Australian, currently sidelined with a toe injury and ranked No.175, will compete at the only ATP grasscourt event played outside of Europe for the first time since 1998.

“With his tenacity on court and aggressive playing style, Lleyton always brings a great energy to a tournament. We look forward to welcoming him back to Newport for what is sure to be a great week,” said tournament director Mark L. Stenning.

Hewitt made it to the second round at the tournament back in 1998, his first round victory over Swiss Lorenzo Manta one of his earliest match wins on the ATP World Tour.

He joins a dynamic and growing field for Newport, hosted immediately after Wimbledon and preceding the summer Olympics, which will also be played on grass courts.