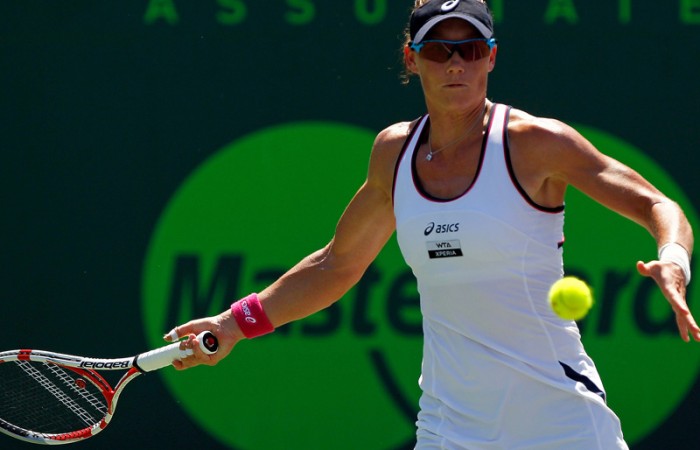 Agnieszka Radwanska has withdrawn from the WTA clay court tournament in Charleston with a back injury, just a day after capturing the prestigious Miami title with a victory over Maria Sharapova.

“We’re as disappointed as our fans to lose our top seed, and we wish Agnieszka a quick recovery,” said Bob Moran, Family Circle Cup Tournament Director.

A revised draw reflecting the change left fifth-ranked Samantha Stosur, the second seed, as the highest-ranked player in the field of the $US740,000 event that starts on Monday in Charleston, South Carolina.

The Australian comes into the event following a solid showing at the Sony Ericsson Open, where she reached the fourth round before bowing to five-time Miami champion Serena Williams in a high-quality encounter.

According to WTA rules, third-seeded Marion Bartoli of France, who in Miami became the first woman this year to beat world No.1 Victoria Azarenka, was inserted in the top slot of the draw, with fifth-seeded Williams being put into the slot originally occupied by Bartoli.

The re-arrangement of several seeded players is aimed at achieving a balanced draw once an eligible player, either a lucky loser or qualifier, is determined to take the open place left by Radwanska’s withdrawal.

“While I am excited that I won the Sony Ericsson Open I am disappointed that I have to withdraw from the Family Circle Cup in Charleston,” Radwanska said in a statement issued by tournament organizers.

“I was really looking forward to playing the event this year.”