The Koreans name their team

Korea, Rep. has announced its Davis Cup team that will travel to Brisbane next week for the April 6–8 second round Zone Group I tie versus Australia at Pat Rafter Arena. 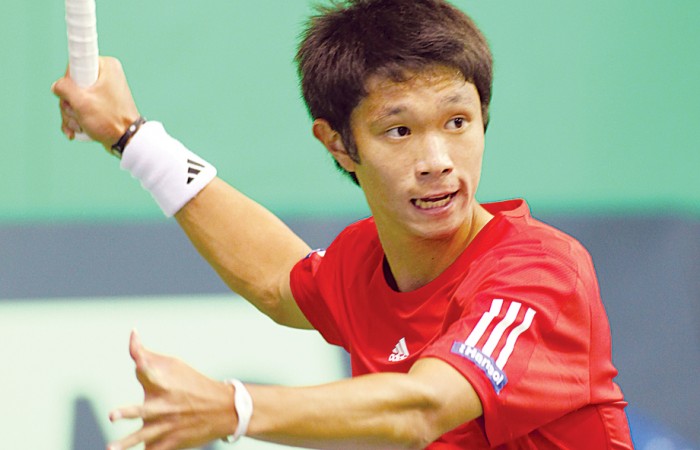 Korea, Rep. has announced its Davis Cup team that will travel to Brisbane next week for the April 6–8 second round Zone Group I tie versus Australia at Pat Rafter Arena.

The Koreans, captained by Yong-Il Yoon will be represented by Suk-Young Jeong, Jung-Woiong Na, Jae-Min Seol and Min Hyeok Cho. Of the four, 18-year-old Jeong is the highest ranked player at No.728.

Earlier this week the Australians named their team, which features world No.36 Bernard Tomic, fellow top 100 player Matt Ebden, Marinko Matosevic, Chris Guccione and Ben Mitchell who will work with the team as a hitting partner.

Both teams recorded wins earlier this year – Australia swept China 5-0 in Geelong, while the Koreans accounted for Chinese Taipei 4-1.

“We are all passionate about getting back into the world group and believe we deserve to be there,” said team captain Pat Rafter when he announced his team earlier this week.

“We are all completely focused on getting back into the world group and this team gives us the best opportunity to get the job done. Of course it’s great to be in Brisbane at the Queensland Tennis Centre and we are all looking forward to great support from the locals.”

Tickets are now on sale at Ticketek on www.ticketek.com.au or by phoning 13 28 49.

The Davis Cup Asia-Oceania second-round tie between Australia and Korea will open its gates to children free of charge on the third day of the tie, Sunday 8 April.

A child 16 years and under and in the company of one paying adult qualifies for a free pass to this international teams event at the Queensland Tennis Centre in Brisbane. The offer extends to a maximum of 10 kids (and 10 paying adults) in one booking.

As well as cheering on the new stars of Australian tennis, kids will enjoy fun activities around the grounds, including mini tennis and face painting. Bookings can be made at www.ticketek.com.au