Following Australia's junior tour of South East Asia, Storm Sanders blogs about the team's experiences, which included her win at the junior event in Manila. 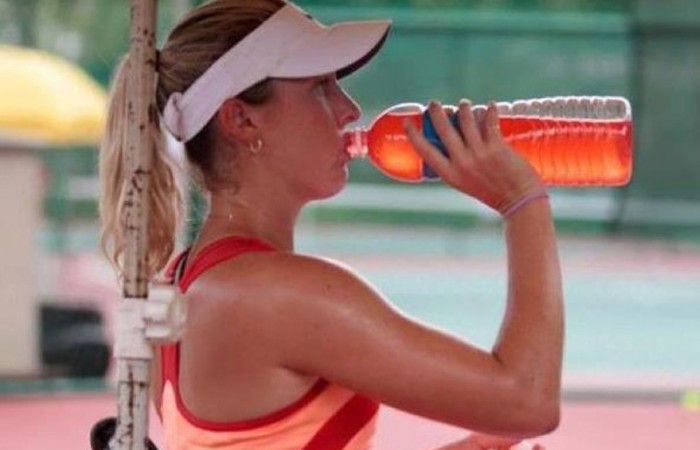 We arrived in the Philippines a few Australians short. Dani Wagland had to go home because of school commitments, Al Murphy went back to Melbourne and Pratty went on to Miami.

We had an early morning flight from Kuching to Kuala Lumpur and then onto Manila. By now we were use to the humidity and the heat of Asia. A few of us had to play quallies so we went down to the courts to hit and sign in, because we were meant to be playing the next day.

The courts were only a five-minute walk away and involved crossing traffic-congested roads packed with taxis stopping and beeping and kids begging for money. The courts themselves were lightning fast so the whole week comprised of short rallies, serves and returns. Each court was faster then the other so we had to make sure we hit on all six of them in case that was going to be our match court.

The hotel was the finest one we stayed at during the Asia tour. There were 19 floors, four different restaurants and a gigantic lap pool and spa. It was exciting because there was a wedding on almost every night. There wasn’t much choice for dinner so Abbie, Fish, Brooke and I always ordered our regular penne bolognaise.

Tuesday was the first day of main draw for singles and it was safe to say that the ball boys and umpires had no idea what they were doing. Doubles didn’t start until a few days later due to rain and late finishes so the afternoons usually consisted of recovery in the pool followed by long internet sessions in the lobby on the free Wi-Fi.  Thursday night was the player’s party at the hotel and everybody had a great time. There were some fun games, delicious food and some groovy music that got Abbie and Brooke dancing on the dance floor!

Jordy and I were in the finals of the singles event, so we had to change our flights to Monday night. Jordan played first on and unfortunately went down 6-0 7-5. He had a tough match as his opponent played extremely well.

I played straight after him and after a long grueling match, I ended up winning in three sets, 4-6 6-3 6-1. I was extremely happy with this result as this is my first junior ITF title.

Jordy and Jay went on and won the doubles title quite convincingly and Abbie and her partner lost their final in a super tiebreaker. After looking back over the past four weeks, Philippines was the best tournament for the Aussies so it was a good note to go home on.

On behalf of all the Australian athletes on this Asia tour, I would just like to say thank you to the coaches – Rohan, Nicole, Wayne, Jamie and Al for all their hard work during the tour. It’s not easy looking after 16 athletes but they did a great job and we couldn’t have done it without them!!!!!