Ana Ivanovic has scored one of her biggest wins since her 2008 French Open triumph, ousting defending champ Caroline Wozniacki at Indian Wells. 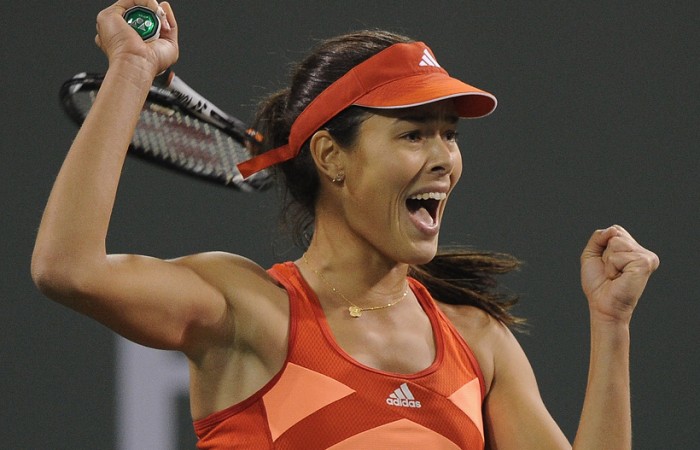 Ana Ivanovic of Serbia upset defending champion Caroline Wozniacki 6-3 6-2 on Tuesday in the fourth round of the Indian Wells tennis tournament in California.

The 15th-seeded Ivanovic advances to the quarter-finals where she will face Frenchwoman Marion Bartoli, who beat Lucie Safarova 6-1 6-4.

Federer advances to the fourth round where he will play Brazil’s Thomaz Bellucci who progressed after the withdrawal of Russian Nikolay Davydenko with a virus.

Earlier on Tuesday, Rafael Nadal moved into the quarter-finals with a 6-1 6-4 win over fellow Spaniard Marcel Granollers.

It was similarly easy on the women’s side for top-ranked Victoria Azarenka and No.2 seed Maria Sharapova, who won their matches on Tuesday in about an hour.

No.2-ranked Nadal has won his past 10 matches against Spaniards, and 22 of his past 23 sets against them.

Granollers, who has risen from 50th to 26th in the rankings in 12 months, couldn’t cover Nadal’s speed and touch.

Azarenka had a 6-3 6-1 win over Julia Goerges and will next meet fifth-seeded Agnieszka Radwanska, who advanced when American wildcard Jamie Hampton retired with cramping in the third set while trailing 3-6 6-4 3-0.

Azarenka next will try to equal Serena Williams’ consecutive victories streak of 21-0 to begin 2003.

She has won all three meetings against Radwanska this year, with two of their matches going to three sets.

“She’s someone who always comes up with something different,” Azarenka said.

“She’s a little magician, if you can call it that.”

“I was pretty solid and I think my pace didn’t allow her to come forward as much as she would have liked,” Sharapova said about Vinci.

On the men’s side, fifth-seeded David Ferrer lost for just the second time this year, 6-4 6-3 to Denis Istomin of Uzbekistan.

Ferrer had already won three titles this season and was seeking his 20th match win.

Istomin set himself up for a fourth-round match against No.9 Juan Martin del Potro, who defeated Fernando Verdasco 6-2 7-6(6).

Verdasco failed to convert on six break points in the match.

“Verdasco is a really difficult opponent, especially in the beginning of the big tournaments,” del Potro said.

“He’s very, very tough, very dangerous, and I think I made a good match. I got lucky in the second set when I saved five set points and, then in the tiebreak, he made the double fault to give me the first match point.”

There was no immediate confirmation whether Davydenko was suffering the same viral illness that has knocked eight players out of the two-week tournament.

Other winners included No.8 Li Na and 18th-seeded Angelique Kerber, who beat American Christina McHale in a third-set tiebreaker.