Aussie No.1 Sam Stosur is among several Australians who will be taking part in the prestigious Indian Wells event, beginning this week in the Californian desert. 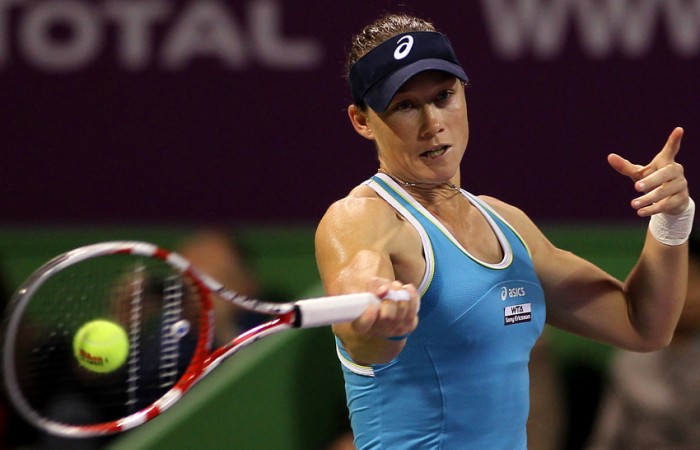 The ATP and WTA combined event at Indian Wells kicks off on Wednesday 7 March in the Californian desert, marking the start of the US spring hardcourt season that will swing through the United States during March.

Although the draws have not yet been announced, heading the green-and-gold contingent at the event will be Australian No.1 Sam Stosur, who will enter the tournament as the No.6 seed.

Stosur’s best result at Indian Wells was a semifinal finish in 2010, and the slow hardcourts are perfectly suited to her game, giving her time to play her heavy groundstrokes and construct points behind her damaging kick serve. Following her disappointing showing during the Australian summer, Stosur’s performance significantly lifted when the tour moved to the Middle East, and she will be keen to keep that form going in California.

Fed Cup teammate and Aussie No.2 Jarmila Gajdosova is also in the field, the Slovakian-turned-Australian currently ranked world No.52. Although she’s enduring a slightly lean year, Gajdosova did make the quarterfinals at the Hobart International, and she’ll be motivated by the goal of trying to win her first match in the main draw at Indian Wells.

Jelena Dokic will join Stosur and Gajdosova in southern California, looking to rebound from the disappointment of failing to defend her title at last week’s Malaysian Open. The former world No.4 has not passed the first round at Indian Wells since 2004, but did reach the third round in 2000 and 2002.

On the men’s side, Bernard Tomic will be looking to build upon his impressive run to the fourth round at Melbourne Park with another good result at a major event.

The 19-year-old, known for his love of the big stage, reached the second round of last year’s event before falling to Victor Troicki. As a result he is not defending many points, and stands to move even higher than his current mark of world No.37 with a solid run in Indian Wells.

With the tournament’s stash of wildcards having already been handed out, mostly to American players, all other Australians will have to chance their luck in qualifying with the hope of progressing to the main draw. Anastasia Rodionova, Casey Dellacqua and Olivia Rogowska are all entered into women’s qualifying, with Rodionova and Dellacqua the No.16 and No.20 seeds respectively.

Indian Wells is arguably the seventh most prestigious event on the men’s and women’s calendars, sitting just below the Grand Slams, the ATP World Tour Finals and WTA Championships, and the combined ATP and WTA event in Miami. Along with Miami it is the only event outside of the Grand Slams to extend beyond eight days, and to exceed 64-player main draws (it’s main draw contains 96 players). It offers equal prizemoney to men and women totalling $9 million.

The tournament has the highest spectator attendance outside of the majors, with the 2009 event attracting 330,000 people. Its 16,000-seat centre court is the second-largest tennis stadium in the world after the US Open’s Arthur Ashe Stadium.