Australian Sam Stosur is one of ten players who have been shortlisted to receive a Fed Cup by BNP Paribas Heart Award for 2012. 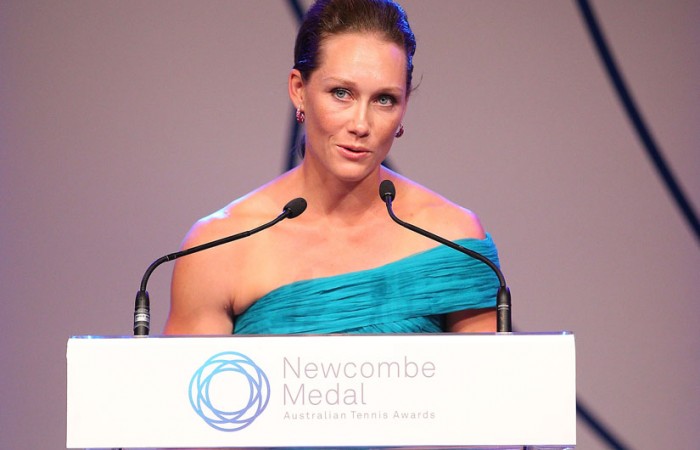 Australian Sam Stosur is among ten players who have been shortlisted to receive a Fed Cup by BNP Paribas Heart Award, thanks to her performance in Australia’s Fed Cup World Group II tie against Switzerland in February.

Stosur won both of her singles rubbers in straight sets, helping Australia to a 4-1 victory over the Swiss away from home on indoor clay at Fribourg.

The win sees Australia progress to a World Group Play-off tie against Germany, which will take place in Stuttgart on 21-22 April 2012.

Stosur has been nominated for a Heart Award in the World Group/World Group II category, alongside Slovakia’s Daniela Hantuchova, American Christina McHale and Roberta Vinci of Italy. Several other players have also been shortlisted based on their performances in Europe/Africa, Americas and Asia/Oceania zonal ties.

A joint initiative between the International Tennis Federation (ITF) and BNP Paribas and in their fourth year, the awards recognise players who have represented their country with distinction, shown exceptional courage on court and demonstrated outstanding commitment to their team.

Voting is open to the public from 1-22 March on the official Fed Cup website, and the winners of each category will each receive a silver Baccarat bracelet and a cheque to be donated to their chosen charity.

ITF President Francesco Ricci Bitti said that the Heart Awards continued to recognise the outstanding contributions made by players to their country and the competition.

“The start of the 2012 Fed Cup season produced some excellent ties and all the shortlisted players were integral to their team’s success. I encourage all tennis fans to visit the Fed Cup website and vote for who they think should win.”

Players were shortlisted by a judging panel featuring Ricci Bitti and a mixture of former players and members of the media.