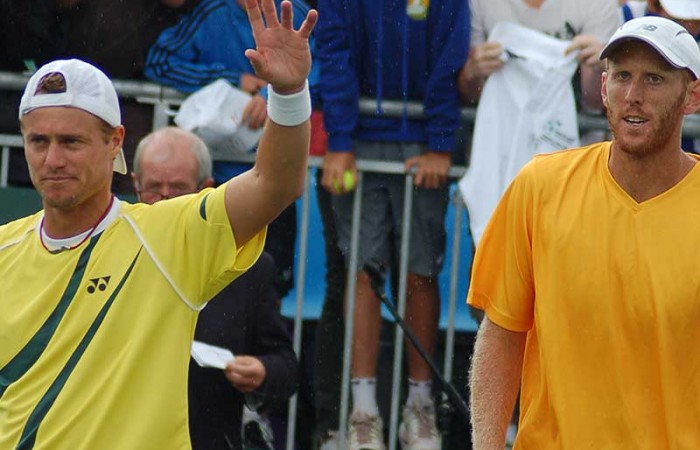 Crack doubles pairing Lleyton Hewitt and Chris Guccione have given Australia an unassailable 3-0 lead over China in the Davis Cup Asia-Oceania tie in Geelong, beating Zhang Ze and Li Zhe in straight sets.

The match started an hour late on Saturday and there was another short rain delay midway through the second set.

Powerful left-hander Guccione and Hewitt were both untroubled on serve throughout the match, while the Chinese players were both broken three times.

The partnership of Hewitt and Guccione has continued to blossom and they are now undefeated in three Davis Cup ties as a doubles team.

Hewitt and Bernard Tomic both won their opening singles matches on Friday against Zhang and Wu Di respectively to give Australia a 2-0 lead.

Sunday’s two dead singles rubbers will be played over a maximum three sets.