Aussies out to settle tie in doubles 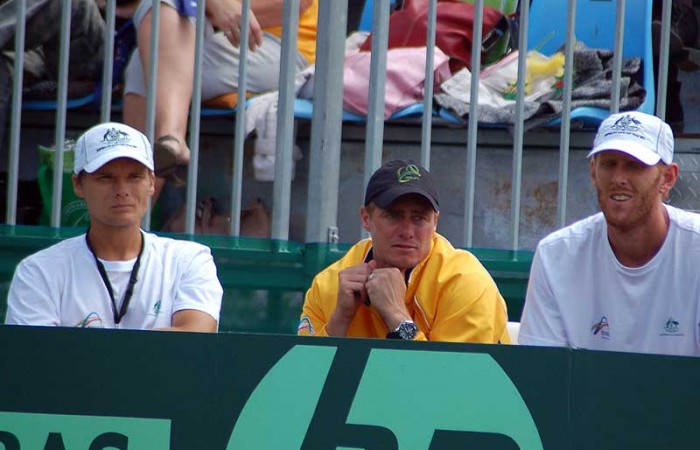 With heavy downpours overnight, the grass courts at the Geelong Lawn Tennis Club have also been sealed with thick plastic covers and will be ready for play on Saturday afternoon.

Hewitt and Guccione are scheduled to play Zhang Ze and Li Zhe from 12.30 pm, however light rain is expected to delay the match.

Tennis.com.au will keep you updated on start times, with the live stream preview show starting at noon.