Federer calls on 2001 emotion to face US

Roger Federer hopes to recapture the emotion of Switzerland's 2001 Davis Cup victory over the United States this weekend. 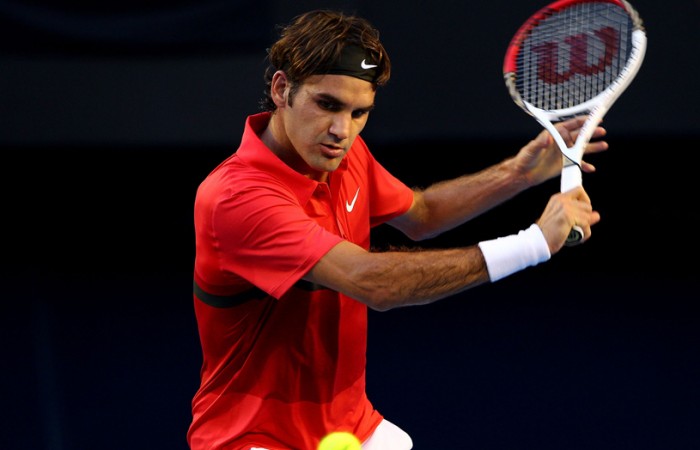 Roger Federer hopes to recapture the emotion of Switzerland’s 2001 Davis Cup victory over the United States when they meet again in the first round this weekend.

Federer recalled that Swiss win on Tuesday, when as a teenager exactly 11 years ago he went unbeaten in a 3-2 victory in his home city of Basel.

“I think it was my first emotional outburst on a tennis court because I was so exhausted on Sunday after winning singles, doubles and singles,” Federer said.

Now 30, Federer said that performance, against a US team led by Todd Martin, “definitely got me in winning ways”. Several months later at Wimbledon he beat four-time defending champion Pete Sampras in the fourth round.

“It was a start of great things for me and I’m happy playing America again,” said Federer, who will line up in Friday’s singles with Stanislas Wawrinka against Mardy Fish and John Isner.

Despite Federer owning a record 16 Grand Slam singles titles, a Davis Cup trophy is rare tennis honour to elude him.

Federer has skipped the first round of the Davis Cup since 2004, and facing the Americans has caused major changes in his program. He hasn’t played on clay so early in the season since 2004 in Romania.

On a bitter minus-7C day in Fribourg, it was perhaps easier to understand why Federer last played a February match in Europe seven years ago.

His typical schedule following the Australian Open involves practice and a single tournament in Dubai, where he has a home.

Federer renewed his Davis Cup commitment by travelling to Australia last September for a World Group playoff that was clinched by Wawrinka. His five-set win over Lleyton Hewitt was halted in the Sunday twilight and completed on Monday.

“It’s only normal for me to play the first round after that heroic effort of his,” Federer said.

The third-ranked Swiss said he’s in “a good state mentally and physically” after his semi-final loss to Rafael Nadal in Melbourne.

“I’ve had a great run since last year’s US Open and haven’t lost until just the other week,” he said. “The transition to clay has been somewhat easy. Clay is good on the body.”

Federer helped choose the slow indoor surface several months ago to play on a perceived weakness of the American team.

“It’s the best surface to play the United States and we think it will be a small advantage for us,” Switzerland captain Severin Luethi said.