The Aussie Davis Cup team is getting ready for a blockbuster tie against China this weekend. 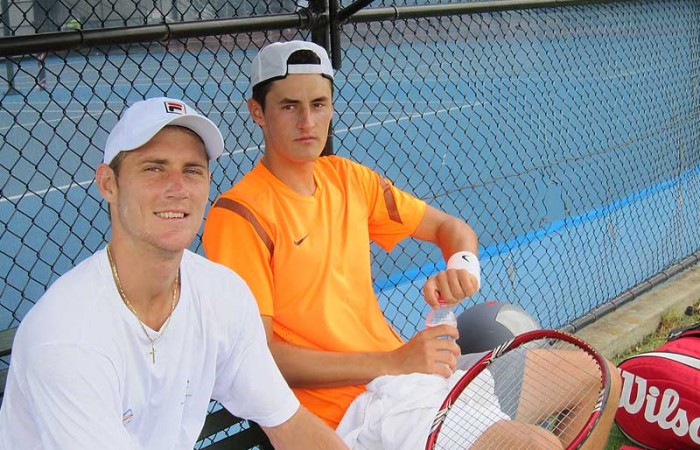 Australian Davis Cup representatives Bernard Tomic, Lleyton Hewitt and Matt Ebden are putting in the hard yards for a blockbuster tie against China this weekend.

With tickets in high demand at one of the oldest and strongest regional tennis centres in Victoria – the Geelong Lawn Tennis Club – the two teams are maximising their time on the turf, with final singles line-ups to be announced at Thursday’s official draw.

The high profile Australian contingent, headed by captain and former dual US Open champion Pat Rafter, has filled the 2500-3000 seat venue for this Asia-Oceania Zone 1 encounter.

Australia last played China in the 2011 Asia/Oceania Group I semifinal in Beijing in July, winning the tie 3-1.