Samantha Stosur has rebounded from her tough Australian summer by taking care of business in the Fed Cup tie against Switzerland in Fribourg. 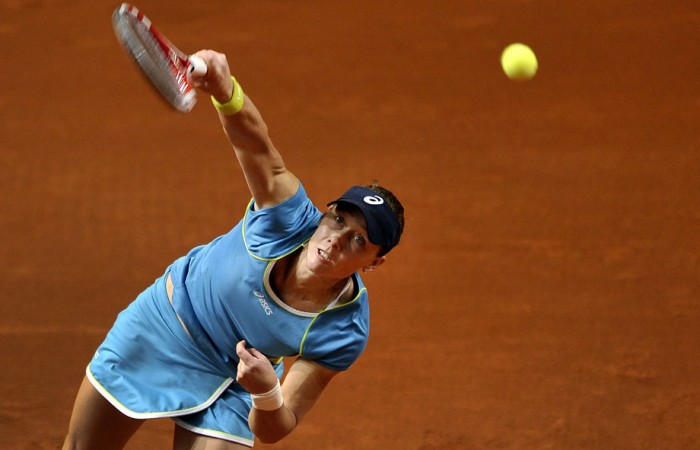 Samantha Stosur has rebounded from her tough Australian summer by taking care of business in the Fed Cup tie against Switzerland in Fribourg.

The world No.5 followed up her straight sets win over former top 40 player Timea Bacsinszky by defeating world No.124 Stefanie Voegele 6-3 6-2 in 66 minutes on the temporary claycourt at Forum Fribourg.

The result handed Australia a 2-1 advantage in the World Group II tie and Stosur some crucial confidence after only winning one of her opening four matches of the year, including a first round exit at the Australian Open.

The US Open champion felt she was building some momentum on the back of her consecutive wins in Switzerland.

“It has boosted my confidence and it is exactly the way I wanted to play as soon as I got over here,” she said.

“You want to win as many matches as possible to erase anything negative and it does not matter the opposition, it is always good to win.”

Such was Stosur’s dominance on serve that Voegele did not even have a break point opportunity during the match.

The Australian will spend the next week training in Liechtenstein, where her coach David Taylor is based for most of the year.

She will then head to Doha and Qatar before heading to north America for hardcourt tournaments in Indian Wells, Miami and Charleston.

Jarmila Gajdosova will play Amra Sadikovic in the fourth rubber.

Australia must win the tie against Switzerland and defeat one of the World Group first round losers in April to be elevated to the elite eight-nation competition next year.

Stay tuned to tennis.com.au throughout the weekend for live scores, videos, photos and news from the tie. Or follow us on Facebook and Twitter for updates.