Jarmila Gajdosova is still wrestling with her demons as she attempts to reinvigorate her tennis career. 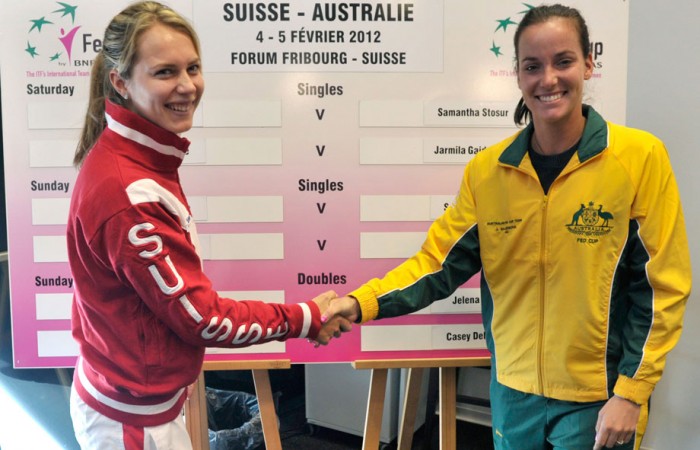 Jarmila Gajdosova is still wrestling with her demons as she attempts to reinvigorate her tennis career.

The hard-hitter has endured a torrid time since divorcing fellow professional Sam Groth 10 months ago.

In the initial aftermath of the split, the 24-year-old put up a brave front and produced some good results.

However, with a top 20 ranking in sight, she suffered from illness during the north American hardcourt season and the rest of 2011 unravelled.

The now world No.40 suffered further dents to her confidence during the Australian summer, including a 6-0 6-0 loss to Frenchwoman Marion Bartoli at the Hopman Cup and first-round exit at the Australian Open.

“I hope to learn from those experiences but it was not easy,” she said before her opening singles rubber in Australia’s Fed Cup tie against Switzerland on Saturday.

“I am a human being, some of it has not gone.

“It is not something you ever expect to happen to you.

“I am trying to concentrate on my tennis and trying to move on.”

Gajdosova will play world No.124 Stefanie Voegele in the second match on day one on a temporary indoor claycourt in Fribourg.

Her match will follow world No.5 Samantha Stosur’s clash with world No.244 Timea Bacsinszky, which is due to start at 11 am (2100 AEDT).

He said both Stosur and Gajdosova were hungry for action following disappointing home summers.

“I think they are both determined to get their years back on track,” he said.

“They are very motivated.”

“We should have won that tie in Australia and the girls are definitely motivated and take some experience from that defeat,” he said.

Stosur was not involved in last April’s loss, having opted instead to focus on her ranking and preparations for the French Open.

Dokic and Dellacqua have been named to play in the doubles rubber on Sunday.

For Australia to return to the elite eight-nation World Group next year, the squad must win this weekend and defeat one of the World Group first-round losers on April 21-22.

Stay tuned to tennis.com.au throughout the weekend for live scores, videos, photos and news from the tie. Or follow us on Facebook and Twitter for updates.