Australian tennis legend Ken Fletcher has been posthumously inducted into the Australian Tennis Hall of Fame. 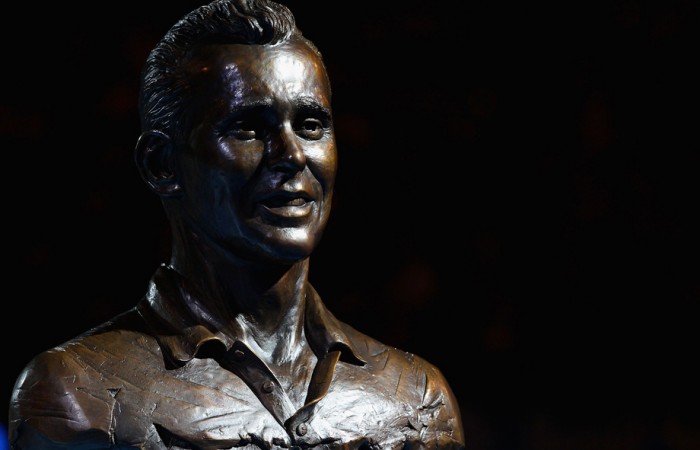 Australian tennis legend Ken Fletcher has been posthumously inducted into the Australian Tennis Hall of Fame.

Fletcher’s children, Julien and Jennifer, unveiled the bronze bust of their father on Rod Laver Arena in a special Australia Day induction ceremony prior to the men’s semifinal between Rafael Nadal and Roger Federer.

Kenneth Norman Fletcher, born in Brisbane in 1940, was an outstanding doubles player and is the only man to win a mixed doubles Grand Slam, winning the Australian Open, French Open, Wimbledon and US Championships with Margaret Court in 1963. Together Fletcher and Court won another Australian title and three more Wimbledons.

“Fletch and I just clicked. I probably enjoyed playing with him more than anybody I ever played with,” Margaret Court told ABC program Australian Story in 2006. He won the 1966 Wimbledon men’s doubles with John Newcombe and the 1964 French with Roy Emerson.

Renowned for his on-court sportsmanship and showmanship and laid-back, larrikin manner, he was seeded as high as No.3 at Wimbledon, and won 37 singles titles. He reached the final of the Australian Championships in 1963, losing to Emerson.

After retiring he coached at the All England Tennis Club and in Hong Kong. In the 1970s he returned to Brisbane, and working with his friend, American philanthropist Chuck Feeney, arranged the donation of more than $200 million dollars to medical research institutes and universities, primarily in Queensland.

“I didn’t just write the book because he was my best friend, but he was, you know, the most amazing larrikin in world tennis, and he had such a brilliant, dazzling career,” Lunn told the ABC when launching his book in 2008.