Reigning Australian Open women's champion Kim Clijsters will be out to defy injury and clinch a spot in her ninth grand slam singles final against an opponent chasing her first. 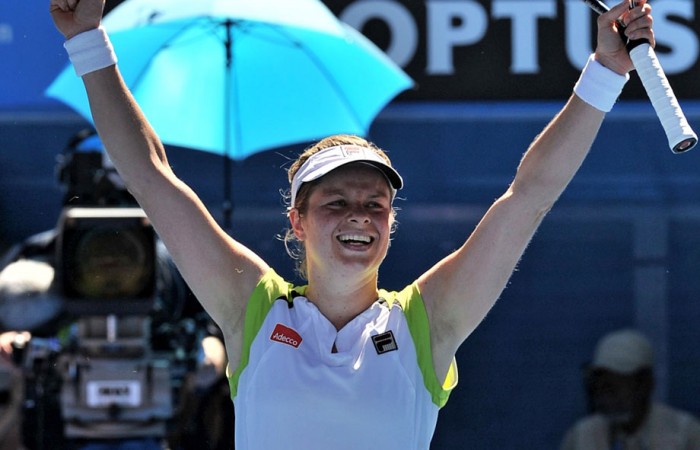 Reigning Australian Open women’s champion Kim Clijsters will be out to defy injury and clinch a spot in her ninth grand slam singles final against an opponent chasing her first.

Azarenka will be playing in just her second grand slam semi-final, having also made the last four at Wimbledon last year, where she lost to eventual champion Petra Kvitova.

But Clijsters will also have to battle an ankle injury that has affected her in recent matches.

Having already dealt with neck and hip injuries, Clijsters said she had refused to even have scans on her ankle to determine the extent of the damage.

“I already had a scan on my neck a couple days ago. I said, ‘No more. Whatever it is, it is.

“I’m going to try to make the best out of it. Then we’ll see when I get home how I’m feeling.”

Kvitova, the world No.2, will play later on Thursday, against Russian star Maria Sharapova.

Sharapova is chasing her second Australian Open title, having previously won the event in 2008.

Only one men’s semi-final will be played on Thursday night, between fierce long-time rivals world No.2 Rafael Nadal and No.3 Roger Federer.

The pair have met nine times previously in grand slam events, but the past eight of those were all in finals.

Their only previous semi-final meeting was in the 2005 French Open.

The other men’s semi-final will be on Friday night, between world No.1 Novak Djokovic and Britain’s Andy Murray.