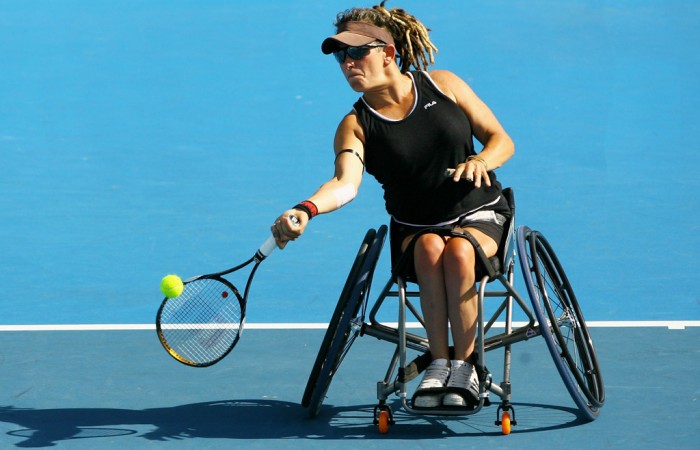 That’s the question on everyone’s lips as Australia’s foremost wheelchair tennis player prepares to take on the might of Dutchwoman Vergeer at the Australian Open this week from 25-28 January at Melbourne Park.

Di Toro is the last person to defeat the world number one, back in 2003 at the Australian Open.

“I’m the only player on the circuit at the moment who knows what it feels like to beat her,” said di Toro, who was unable to defend her Sydney International title this weekend.

“Matches against her are always high pressure – her depth and pace of balls is like playing an able-bodied player and it is intimidating to play against that.”

Di Toro says that while she personally isn’t intimidated by Vergeer, she knows she has to bring her A-game whenever she meets her Dutch rival.

“I’ve watched her play against a lot of people and the way she plays me is definitely different. It’s almost like she lifts another 20 per cent … She fires up for big matches, she fires up for finals and she fires up against me.”

Vergeer has not lost a match in nine years and has three Paralympic singles and two doubles victories to her name as well as eight Grand Slam singles titles.

The pair last met at the 2011 Australian Open final, where Vergeer rolled the Victorian second seed in straight sets, shortly before di Toro suffered a neck injury that forced her off the tennis court for a considerable period of the year.

“I had a couple of prolapsed disks in my neck which took me out completely,” said di Toro.

“This summer is so important. I have a lot to defend this year and unless I do well, I run the risk of dropping further, out of the top eight.”

The former world number two finished 2011 ranked number six but after intensive physiotherapy and the pressure of a Paralympic year, feels she is finding her form at the right time.

“To be honest, every day on court is a day I feel more comfortable and confident.”

So with a string of Grand Slam titles including nine Australian Opens, two US Opens and a silver and bronze Paralympic medal, can the Melbourne athlete finally end Vergeer’s unprecedented winning streak?

“If I didn’t believe I could, there is no way I would be working my arse off to do it,” she said.

Optus Australian Open Wheelchair Championship 2012 is part of the revamped Australian wheelchair tennis tour that has included upgraded tournaments at the Brisbane and Sydney Internationals as well as the Adelaide and Melbourne Opens as well as a bigger prize purse of $150,000.