Lleyton Hewitt sets up a showdown with Andy Roddick after a gritty first-round victory at the Australian Open. 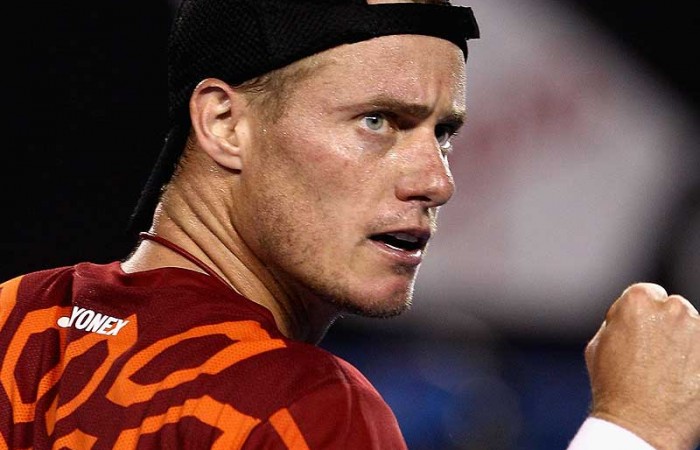 Australian veteran Lleyton Hewitt has set up a second round showdown with long-time rival Andy Roddick after starting his record 16th consecutive Australian Open with a typically gutsy win.

After 30-year-old father-of-three Hewitt won the first two sets, Stebe dominated the third and the early stages of the fourth, going up two breaks of serve, to seemingly be set to push the match to a decider.

Hewitt seemed in grave danger of his third first-round exit in four years in his home grand slam.

But he showed he had lost none of the fighting spirit which has been the two-time grand slam winner’s trademark, consistently applying pressure until the German’s sweet hitting went off the boil, allowing the Australian to storm home.

Hewitt’s triumph was delayed by Stebe calling for an injury time-out with one game left in the match, in what seemed a desperate, but unsuccessful, bid to halt the veteran’s new-found momentum.

Fast-rising world No.83 Stebe had been given a pre-match reminder that he is still yet to really make a name for himself, with a tournament official having to ask him how his surname was pronounced, so he could be announced correctly when he entered the court.

There were no such recognition problems for Hewitt, the Australian right at home on the court on which he has played numerous epic matches, despite the former world No.1’s injury-sparked slump to his current No.181 in the rankings.

But Hewitt, who was knocked out in a marathon five-setter against David Nalbandian in the first round at Melbourne Park last year, which lasted almost five hours, quickly found out he faced another tough battle.

The 21-year-old German left-hander produced a succession of fine shots from both sides throughout a high-quality match, before finally faltering late in the contest.

Roddick, the 15th seed, beat Dutchman Robin Haase 6-3 6-4 6-1 earlier on Tuesday, but was bracing for an epic battle with Hewitt, despite the discrepancy in their rankings.

“He’s a fighter. I have as much respect for him as I do for anybody in the game,” Roddick said.