The Australian Grand Slam Coaches’ Conference officially kicked off on Thursday at Melbourne Park’s Hisense Arena, with Andy and Jamie Murray's mother Judy Murray offering expert advice. Endorsed by the International Tennis Federation, the event is one of the largest in Asia/Pacific for tennis coaches. With a theme of ‘building a bigger… 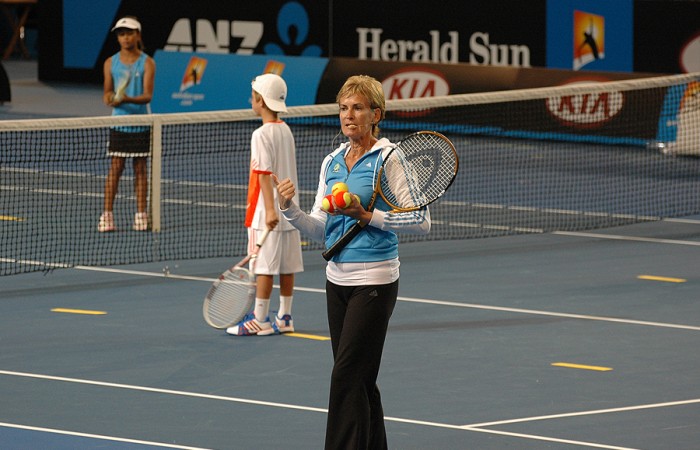 Endorsed by the International Tennis Federation, the event is one of the largest in Asia/Pacific for tennis coaches. With a theme of ‘building a bigger, better base,’ the conference runs until Saturday with a practical workshop on Sunday.

Highly experienced coaches such as Mike Barrell and Craig Morris complement a group of luminaries in the field of tennis tuition and youth development in sport and the conference looks set to provide a vast amount of innovative thinking for everyone from coaches to basic tennis enthusiasts.

Attendees were also excited to hear from Judy Murray, who was recently appointed captain of the Great Britain Federation Cup team. As a coach and tennis administrator, Murray has a history of success and her session this morning on ‘Nurturing a Talent’ was very well-received.

Murray urged coaches to stimulate children’s brains, allowing them to think for themselves and learn how to play the game of tennis, as opposed to just hitting the ball. She suggested that, for kids, tennis strategy was about learning how to “cause trouble, avoid trouble and get out of trouble.”

From that initial concept, Murray offered the “four C’s” of control, concentration, competition and co-ordination as keys to learning the game.

“It’s really good to get the opportunity to share your knowledge with everybody else,” Murray said.

“I wanted to show the kind of drills that I use with children in order to highlight the things that I believe are important at a young age.”

Murray also stressed the need for coaches to look at what was in front of them – the individual child’s own strengths – and focus on nurturing their own unique abilities. Using her two sons as an example, Murray explained that as children, Andy and Jamie were polar opposites with markedly different games.

Andy was a superior athlete with a strong baseline game while Jamie preferred the short game, excelling at the net. As a result, Andy went to Spain to hone his own particular talents on clay while Jamie spent time in France, practicing his skills indoors and on hard courts. With Andy currently the number four player in the world and Jamie a winner of a Grand Slam doubles title, the results speak for themselves.

Further topics during the conference include Cardio Tennis and exercise, developing the serve, changing pace, the developmental pathway and connecting athlete development with technical skill.