ITF makes changes to rules of tennis for 10/U comp

The ITF announced that its new rule for ten-and-under competition came into worldwide effect today. 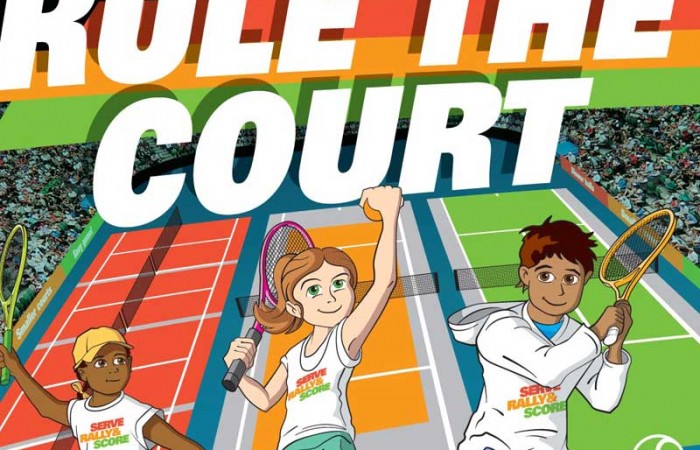 The new ITF rule was approved at the 2010 ITF AGM in Washington. This was only the fifth occasion the ITF Rules of Tennis have been changed in the history of the sport, following on from the foot fault rule, introduction of the tiebreak, introduction of set breaks and the new optional scoring methods.

The rule change is a key part of the ITF’s Tennis10s program, which promotes the use of slower and lower bouncing balls, shorter and lighter racquets, and smaller courts to make it easier for children to take up the game.

Tennis10s is a supporting program of the Tennis Play and Stay campaign, the ITF’s global initiative launched in 2007 aimed at increasing tennis participation worldwide. Tennis Play and Stay centres around the slogan of ‘Serve, Rally and Score’ and seeks to promote tennis as an easy, fun and healthy sport. Fundamental to the campaign is the use of slower balls by coaches working with starter players, ensuring that their first experience of tennis is a positive one by serving, rallying and scoring from the first lesson.

The Tennis10s program has already seen strong support from the ITF’s 210 National Associations, some of whom have created promotions involving top players and other famous personalities to help communicate and implement the new rule change nationally.

Dave Miley, ITF Executive Director of Development, said: “Nations that have already adapted their competition to use the balls for this age group have not only seen a significant increase in participation, but are also witnessing large increases in sales of kids’ racquets and the slower balls. There has also been a big improvement in the technical and tactical quality of the ten-and-under players coming through into their high performance junior programmes. As the rule change takes effect in all of the ITF member nations, we expect to see high growth in the number of ten-and-under children playing tennis worldwide.”

ITF President Francesco Ricci Bitti said: “The rule change is a great step forward for tennis. Tennis10s is improving the way we introduce tennis to young children and follows similar changes made in other sports. It is great to see such great results already in terms of increased participation.”