Serena still the one to beat – Petkovic

German star Andrea Petkovic is tipping Serena Williams to quickly bounce back to her best. 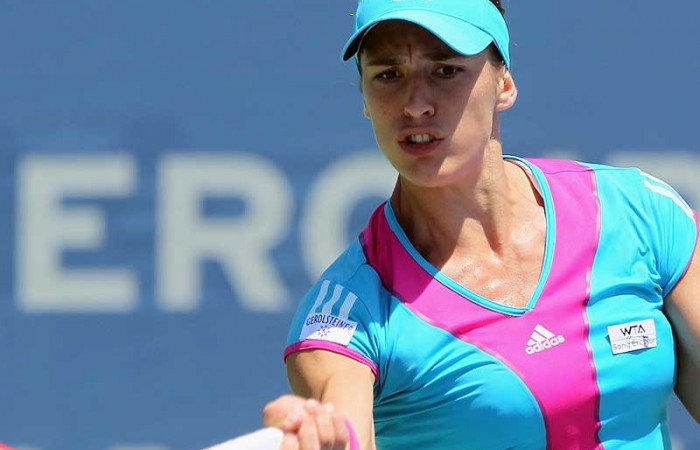 German star Andrea Petkovic is tipping Serena Williams to quickly bounce back to her best ahead of next month’s Australian Open after a disappointing finish to 2011.

After a three month absence, Williams will make her return to the WTA tour next week at the Brisbane International where she’ll be seeded fourth behind Sam Stosur, Petkovic and Italy’s Francesca Schiavone.

Despite having US Open champion Stosur keen to kick off 2012 with a title at her home tournament and defending Australian Open champion Kim Clijsters looking to continue an unbeaten run in Brisbane, Petkovic believes Williams is the woman to beat.

The American sits outside the top 10 at No.12 in the world rankings due to an injury interrupted year which finished abruptly after Stosur upset her in a dramatic US Open final in September.

But the 10th-ranked Petkovic, who idolised Williams as a child, fully expects the 13-times grand slam winner to continue her knack of returning from a lengthy break in great form.

“I haven’t seen her now for the last three or four months because she’s been injured, but she is always a weapon,” the 24-year-old Petkovic said in Brisbane on Wednesday.

“She always comes back and seems not to have been gone at all and it’s always very amazing and incredible.

“I’m a very big, big Serena fan. She was my first idol when I was growing up after Steffi (Graf).

“She’s a weapon in the field but also Kim – obviously she’s one of the greatest female athletes in the world and she can beat anybody.

“And always Sam, as the home favourite, I think it’s going to be very exciting.”

The women’s side of the Brisbane International has been boosted by an upgrade in 2012 to make it a WTA premier event, which has eight of the top 20 players in the field at Pat Rafter Arena.

For Petkovic, the 2011 runner-up behind Petra Kvitova, it’s a chance to break through with the first premier title in her career.

She became just the sixth German ever to break into the top 10 this year after making 12 quarter-finals from 18 events.

“I showed my consistency … which was great but I haven’t won a big title. I won in Strasbourg which was really nice but I’m waiting for a big title.

“On the other hand, I’m not pressuring myself, I don’t want to rush, I just want to keep improving my game.”